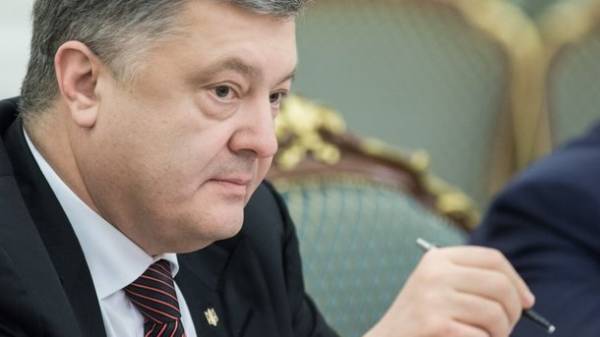 The President of Ukraine Petro Poroshenko has held a meeting on the beginning of work in Ukraine of the electronic register of the automatic reimbursement of value added tax (VAT). About it reports a press-service of the President.

“I am very happy that the whole team showed absolutely rigid political will and the tax administration we found enough arguments to introduce this new, revolutionary system that allows to provide efficient, transparent, public control over all the reverse charge mechanism (VAT – Ed.)”, – told the head of state. 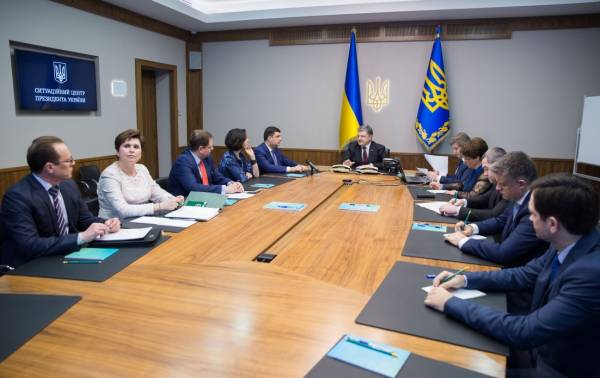 Poroshenko emphasized the importance of the beginning of the system of automatic compensation of the VAT according to him, for a long time instead of transparent was only speculation in this area.

“Ukraine to this day was in 1996. 21 year Ukrainian entrepreneurs, Ukrainian businessmen were waiting for transparency in the reimbursement of value added tax. 21, unfortunately, the VAT refund system was fed by corrupt officials, who for the opaque recovery mechanisms often received bribes. 21 unfortunately, the air was taken money was taken from the state budget – and it had a huge negative impact on the economy,” the President said.

The head of state called the introduction of electronic administration of VAT refund “one of the important stages, which has a huge anti-corruption component,” along with the introduction of transparent mechanisms for gas procurement, government e-procurement through ProZorro and delegation of financial resource in place in the framework of decentralization.

“Remember this date – April 3 we are launching a transparent system of public control over the reimbursement of VAT” – said Poroshenko. 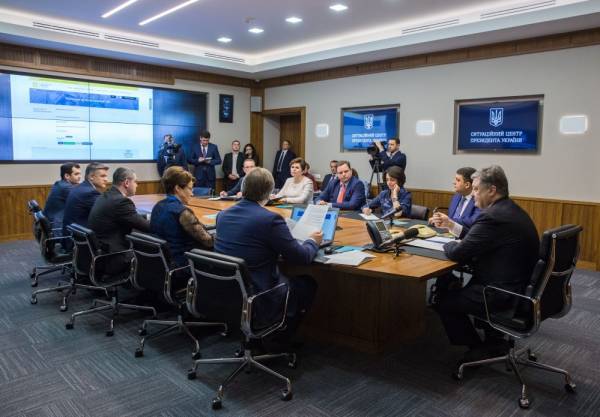 Among the advantages of the system the President has called the cancellation of the manual mode of tax recovery and full automation of the process.

So, in the registry every can check the date of the application for reimbursement, and VAT will be reimbursed only in chronological order. The system will be public, with the reasons and timelines.

The President noted that in recent years the situation on VAT refunds to radically change for the better, but stressed that the leadership of this process continued in manual mode.

“An investor comes, refers to the President, the head of the government, and we deal with the specific case and provide compensation. Today the main thing – do not apply. The refund must happen automatically,” – said Poroshenko.

He stressed that the new system created by the European model of VAT administration, in contrast to that which existed earlier in the Ukraine.

The President thanked the Parliament, government and “all who joined the process of creating and running a registry”. According to the head of state, the new VAT refund system will help to improve the conditions of work of entrepreneurs.

“I want to say that is clear evidence of anti-corruption steps, effective steps, aimed at improving the investment climate,” – stated the President. 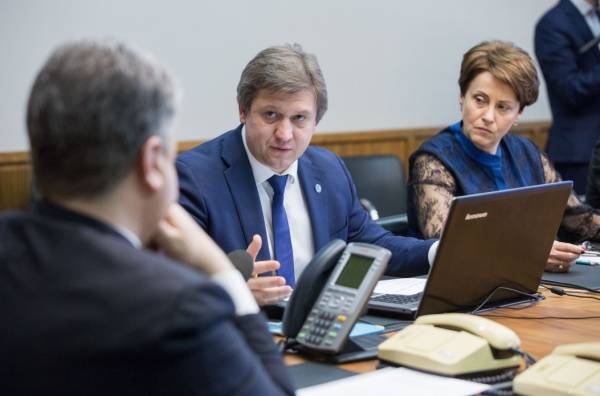 According to the press service of the President, at the meeting, Finance Minister Oleksandr danylyuk demonstrated to the participants the work of the registry, which is posted on the website of the Ministry of Finance.

Danilyuk, said that in the registry reflect information about the filing date of the application for a VAT refund, the company, the amount that is claimed for reimbursement, as well as information on the transfer of Treasury funds to the accounts of entrepreneurs.

According to the Minister, all incoming information in the electronic register automatic VAT refund form the State fiscal service (GFS) on the basis of demands of the business, consolidating this data with a digital signature.

The Minister noted that until 1 July 2017 the registry will operate in a test mode, and during this period there will be constant monitoring of its work and will accept comments concerning the performance deficiencies and the relevant authorities will work to remedy the deficiencies.

In turn, the Executive Director of the European business Association Anna Derevyanko and President of the American chamber of Commerce in Ukraine, Andriy Hunder welcomed the introduction of the registry automatic compensation of the VAT and called it a step toward transparency in the work of the State fiscal service.