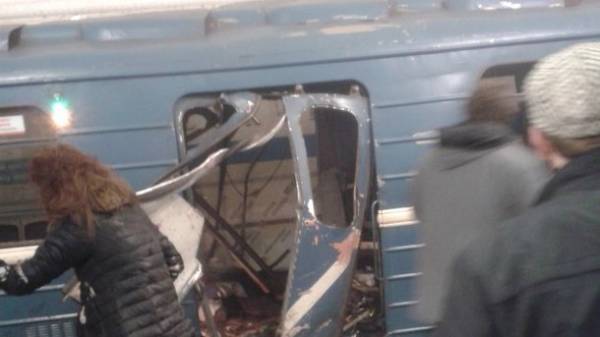 The national anti-terrorist Committee of Russia (NAC) issued a press release regarding the explosion in the subway of Saint Petersburg, which occurred today, March 3, in the afternoon.

According to a press release of the Committee, today at about 14.40 (MSK) in the train on the stretch from the metro station “Technological Institute” and “Sennaya” in Saint-Petersburg there was an explosion of unknown explosive device.

“As a result there are dead and wounded”, – informs the Committee.

Reportedly, the orders of the head of the operational headquarters of the NAC, to the scene sent forces and means of divisions of FSB, the interior Ministry and the emergencies Ministry.

“Evacuations are in progress, assistance to victims”, – stated in a press release.

In particular, it is reported that the scene examined vzryvotehniki FSB.

We will remind, today in the metro of St. Petersburg, two explosions occurred in the subway cars at the station “Tekhnologicheskiy Institut-1” and “Sennaya Ploschad”.