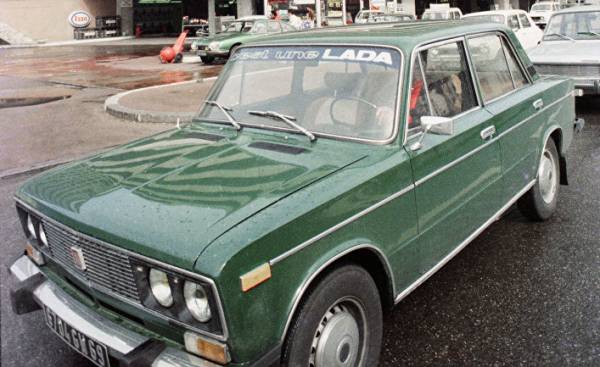 On 14 July in the Finnish municipality of Salla will again sell Russian and Soviet cars. Last summer, a similar auction has attracted attention, including international media, was attended by the representatives of the foreign television.

Last year the sale was put 128 Russian and Soviet vehicles, abandoned asylum-seekers in the Finnish-Russian border. This Friday, July 14, custom of Finland will sell the remaining 22 cars.

This summer the hammer will again leave the treasures of Russian and Soviet automobile industry, which tend to get Finnish motorists.

“One of the gems of the auction model of “Lada” 1986 round headlights. The car is in good condition, and it is quite possible to drive in Finland,” says Jussi Kulonen (Jussi Kulonen), a specialist in “Frets”.

The auction will feature several “Volga” in good condition, one of which is universal. According to Colonna, 12-seater Gazelle 3221, the so-called “minibus” — is also a unique instance.

Jussi Kulonen living in the municipality of Janakkala, interested in Soviet cars for 30 years. In the yard of his house is worth 40 Russian models. Most of the cars is rather good for scrap and is only an ornament of the court.

“This summer I will go to Sallu as a tourist, I will enjoy the car. On the auctions it is necessary to get for now to see Soviet cars so close — a rarity. This time the quality of cars will be better and number — less. Left car in very good condition,” says Kolonin.

The latest models of Russian cars in Finland is nothing to do. They cannot register, and they will not pass inspection because of the strict norms of the EU and Finland.

The cars that will be sold at auction, was in the community of Salla at the end of 2015. Finnish border guard service seized more than one hundred machines as the instrument of crime, because their former owners were suspected of organizing illegal entry of refugees from Russia to Finland.

The representative of the Association of local travel companies Matkalle Sallaan ry Heli Karjalainen (Karjalainen Heli) says that on 14 July, will be sold 18 cars. In addition, will sell four more machines located at a border point in Northern Inari: in Salla will be exhibited photos of the cars, and buyers will have to go behind the car.

“This event had already attracted in Finland a lot of attention. Fans of “Lad” in may asked whether the auction be held this year,” says Karjalainen.

According to Karjalainen, last summer, the auction raised several hundred people. She believes that the cost of cars could be around a thousand euros.

“All these machines are likely to be sold. We are ready to sell cars, at least for the euros, if only they were left in the care of the community,” says Karjalainen.

Jussi Kulonen will go directly from the auction in the city of Kokkola, where on July 15 the meeting will be held at the Finnish club of “Lad” Lada kerho. The club was founded in 1997 after the appearance of legendary comic video Finnish Comedy Kummeli “Meeting fans “Lad”.

“Comic Silvennoinen Heikki (Heikki Silvennoinen) was present at the celebration of the 20th anniversary of the club Lada kerho in February. He even gave us the same poster that was used in the video,” laughs Koonen.

The club of Finnish fans “Lad” is now listed 500 people. In a humorous video to have a meeting on a frosty day came just two Finn.

“The hobby became more popular. Before I was considered an oddball,” says Kolonin.

According to him, the Russian machines are quite simple design, and even an Amateur can easily be repaired. Kulonen hard to articulate what he likes about Russian cars.

“I’m attracted to everything Soviet. In the former Soviet Union is interesting for how the singularity system and its planning”.