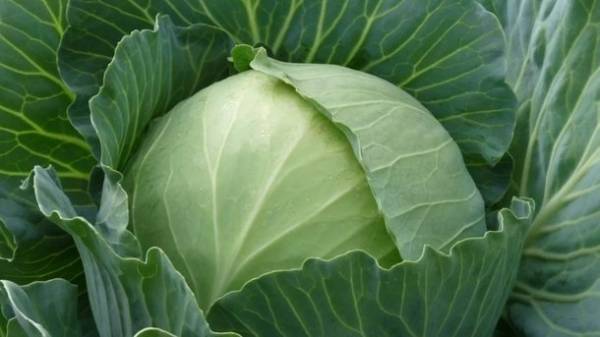 It would seem that the cabbage culture is so well known, hardy and easy to care for, its cultivation has no secrets. However, it is not so. The cultivation of this vegetable, especially seedlings require a lot of care.

The secrets of success in growing seedlings of cabbage we were told the owner of the Kiev economy for growing seedlings “Melnitsa” Alexander Miller and agronomist, candidate of biological Sciences Dmitry Maydanyuk.

Cabbage — a typical culture of long-term vegetation grown seedlings. This is due to the fact that the seed she is very shallow and full of plants storing nutrients (for flowering the following year) in a modified kidney-head takes a long time. Planting cabbage early varieties carried out in early March, mid — in mid-late March and late — April.

“Sometimes late cabbage is grown even in the hotbeds of open ground, — says Dmitry Maydanyuk. Due to the fact that from the moment of emergence before transplanting into the soil must pass 40-60 days.”

Late cabbage is usually sown in the open ground nurseries in early may, planting seedlings 30-40 a day. This applies to all brassicas — cabbage, red, Savoy, Brussels, colour, broccoli, kohlrabi.

A hotbed of open ground, as a rule, is a patch of enclosed arcs with the film, adequately prepared. The fall of the land it is necessary to dig to a greater depth, preferably by the method of double digging. Per square meter of the ridge make 5-7 kg of compost or manure. Cabbage generally responds positively to organic fertilizers and large quantities of nitrogen in the soil.

The ridge of the shed and a notch depth of 2 cm through 5 cm sowing the seeds. When the seedlings are thinned, leaving the plants 3-5 cm from each other. The drying of the soil they are watered, while removing weeds. In such conditions close to natural, with the long may day high temperatures and a large light seedling grows very rapidly, catching up with earlier. In fact, late cabbage and do not need to “grow up”, starting to grow a head, too soon — we need this to happen in September-November when there will be a lot of moisture and temperatures conducive to this process.

The benefits of self-seedlings of cabbage shares the experience of Dmitry Maydanyuk:

With minimal cost and effort, especially if you have vacant in spring unheated greenhouse or glassed-in balcony, you can grow such seedlings of cabbage, which I would never buy on the market!

NEED COOLNESS AND LOTS OF LIGHT

Unlike tomatoes and peppers, cabbage seedlings need cool temperatures and lots of light. If germination is an ideal temperature for cabbage is 18-22 °C, with the first eyelets, the cabbage must be moved to a bright, cool room, glazed balcony, loggia, unheated greenhouse. Don’t worry, the cabbage will freeze: plants easily tolerate frosts to –2—3 °C. is Optimal for her at this time are daytime temperatures in the 15-16 °C. in the cool of the seedling slows down the growth and “getting fatter”. That is why once commonly grown cabbage in greenhouses on biofuels, “charged” decaying manure. Indoors cabbage is often greatly extended, sharply reducing the quality.v

POOR NUTRITION. Signs of deficiency of nutrients in seedlings of cabbage:

Cabbage in seedling period is very responsive to feeding — in the first true leaf stage it makes sense to give her a root fertilizing with a solution of urea of 0.2%, and two weeks before planting with NPK at the same concentration. Greater use of modern complex fertilizers with microelements, such as “Vertica”, “Master”. In the days before housing the seedlings stand in the sun, gradually increasing the period of stay outdoors. Hardened seedlings to take root much better. 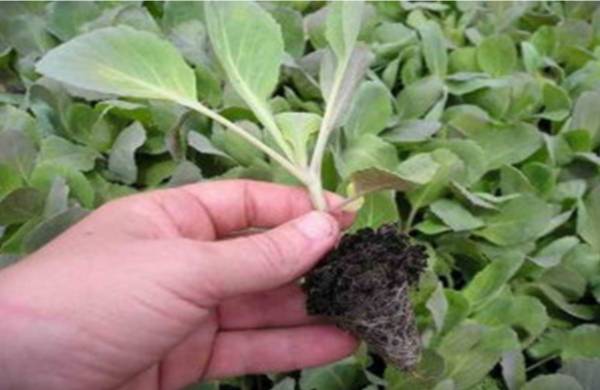 Kale prefers fertile loam: the best it dense and heavy soil. On one and the same place, it can be grown no more frequently than every three years. The best precursors are leguminous, because they increase the nitrogen content in the soil. Slightly worse could cabbage after pumpkin, and Solanaceae crops. The plot dug over, not breaking clods, then rake cultivator and trample down. The day before planting seedlings abundantly watered, which facilitates the selection of crops and reduces damage to the roots. Dug plants with open root system before planting cover film or burlap so the roots don’t dry out. But of course, it is best to use the cabbage grown in tablets or magazines. Plot the day before planting is also sprinkled with water at the rate of 10-15 litres per sq. m.

Put the cabbage in the hole made by the peg. The soil around the plants is worked with the hands and compacted. The usual planting scheme — 40×60 for early varieties and nekochan varieties of cabbage and 80×80 for late varieties, forming a large head. Seedlings from magazines or cups, as a rule, makes a real breakthrough in the growth of the receiving space and abundant food. It is desirable to make a shade for the seedlings after planting: for this purpose, agrotextile, branches, boxes. After engraftment of plants, fed them manure talker 1:20, infusion of weeds or compost, which speeds up growth. This tactic allows you to get quality and healthy sprouts at the right time.