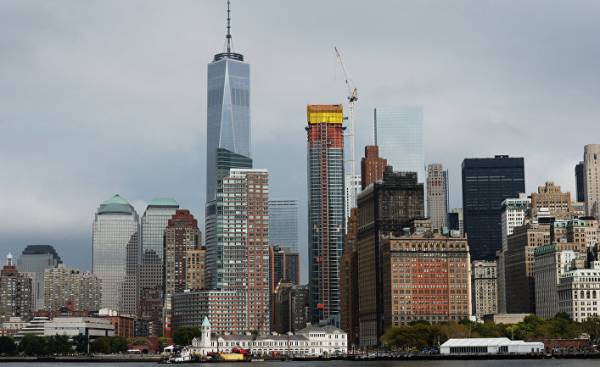 Translation carried out by the project Newочем.

Winter wind storm slowly approaching Manhattan from the North-East. As it moves over the Hudson river, the waves trying to resist the wind at the altitude. But the transition from water to land, the wind hits the trees and buildings in Hudson heights, towering obstacles and create a huge vortex of air coming in increasingly turbulent flow. On 110th street Upper West side, the wind enters the Central Park and then, gliding up the oaks and Bukama, gaining speed, while some of the large vortices slow down its rotation and disappear. However, when the wind leaves the Park at 59th street, it still retains traces of their chaotic history, trees, buildings and water on which he walked. We can say that the wind has a memory.

In the end, the wind collides with one of the ultra-high skyscrapers on the South of the Park and is much more impressive talent. It strikes at the front of the building and rushes to the edges, bumping on corners and strongly twisting, creates a columnar vortex sucking on the side of the building and then running right in the direction of the air flow. If the air is moving fast, these vortices form a oscillation, moving first in one direction and then in another. This wind storm coming from the North, but that force is perpendicular to the horizontal axis, swinging design. Experts call this phenomenon “effect of crosswind”, and in certain circumstances fluctuations violate the “natural frequency” of the building. Imagine, says engineer Derek Kelly (Derek Kelly) if God stretched his hand from heaven and gently pulled the spire of some skyscraper, and the one would vibrate like a guitar string. This is the natural frequency of the building. If it meets the thrust of the crosswind, they resonate; the fluctuations grow as the swing on which the child rides: back and forth, back and forth. If suddenly there will be wind storm, the building is tilted, but that’s still nothing compared to the potential strength of the effect of the crosswind.

Engineers of our time has conquered gravity: when a sufficient amount of metal and high strength concrete frame high-rise will stand. A more unruly enemy is the wind. Gravity pulls down, and the wind can come from any direction. It can crush, suck, or alternately do both. Unlike gravity, wind varies depending on city and time of year. The dynamics of the wind worst of all. It varies from everything it touches, and the wind even generates itself, directing the streams to all of its neighbors. Gravity is impressive and clear, but will give the wind — he’s going to rebel.

When in 1977 he completed the construction of the Citigroup center, with its slanting roof, was not very likely that the building will stand. Skyscraper with a height of 279 metres, rests on four piles, leaving a decent gap between the ground and its base. Engineer William Lemesurier (William LeMessurier) was praised for his achievements, but next year, one student-the engineer said that the building (which is now called 601 Lexington) can really crash in a high wind. Welders rushed to do emergency strengthening, and with the impending hurricane “Ella” was discussed evacuation of this area. But “Ella” turned to the sea, and Midtown are safe.

The world’s tallest buildings now demanded a new kind of engineer — a specialist in the wind. As skyscrapers become higher, they get increasingly strong wind, and simple production technology can make them more vulnerable. Developers began to build very tall and slim buildings like 432 Park Avenue in new York, and they are particularly sensitive to air environment. When a technician in the wind like Kelly looks at a building, he realizes that the house is floating in the air: one end attached to the ground, and the rest is swinging in the winds of Manhattan.

Kelly is a leading expert in RWDI (Rowan Williams Davies & Irwin Inc.) — one of the best in North America consulting companies specializing in wind engineering. Among the clients of this company there is 432 Park Avenue and 111 57th Street West, 438-meter skyscraper that will be one of the thinnest in the world (imagine a 30-centimeter ruler, standing at one end and extended up to approximately twice its height.) When at the stage of preliminary design tests identify too strong fluctuations that almost always happens with ultra-high skyscrapers, RWDI offers to arrange a “meeting planning”. The architect, the Builder and the engineer go to the headquarters of the company in Guelph, Ontario, taking enough money to spend the day in the tunnel to test the wind, and inviting a group of modellers to test ideas in the tunnel and improve them. The challenge is to find ways in which the building will be able, as experts say, “cheat the wind”. To lift the plane, the designers of aircraft wings want to achieve smooth motion of the air; the designers of the buildings want to share the wind and leave it in a mess.

“Burj Khalifa” of Dubai, as the 828-meter skyscraper is the tallest man-made structure in the world. It is asymmetrical and unfolds from the top down a group of steps like the expanding spiral staircase. The effect of the crosswind depends on the width of the building, and at each level the “Burj Khalifa” the wind gets into different frequency: confused and irritated, like a small child, and violently pushing the swing, who don’t want to swing. Another favorite tool for cheating the wind, which you can see many of the skyscrapers are cut-off corners, which destroys the suction forces on the sides of the building. The pinnacles and antennas are subjected to thorough examination at the level not inferior to the examination of the yachts regatta “the Cup of America”. In the case of 432 Park Avenue design team used five layers of holes, the height of two floors each, where the façade is open, allows air to pass through itself and exhausts its vortices. These horizontal stripes add a good visual rhythm, but they are there because of the wind. In the world of nature, the wind shapes the sand dunes and carve the snow, cutting the ring where he whipped around the tree. The wind leaves its traces on the buildings. 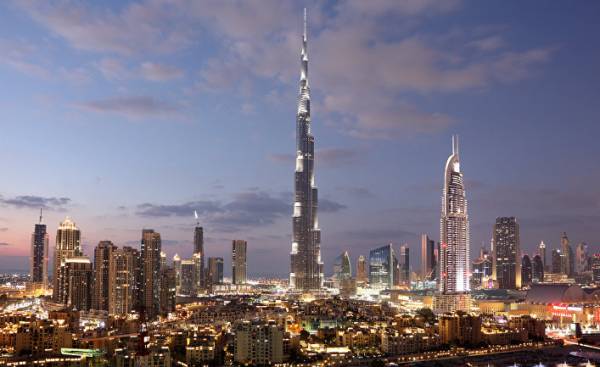 In February 2014, the white-haired Uruguayan architect Rafael viñoly (Rafael Viñoly) delivered a lecture on 432 Park Avenue and sponsored by the skyscraper Museum. A tall building can be extremely safe, able to withstand hurricanes and earthquakes, but no amount of fortification of its frame of steel and cement will not be able to make him stand still. Hence the question: penthouse in the heart of one hundred million dollars fluctuation what powers would be too much? The viñoly described the visit of the project group, organized by RWDI, at the facility in the city of St. John’s, Newfoundland, which has a Maritime simulator — covered platform, standing on hydraulic jacks and mimic the bridge of the ship. They will now simulate the penthouse: the control panel of the ship was replaced with armchairs, a sofa and a coffee table. The waves of the North sea outside the Windows changed to a 360-degree panorama of the city with an appropriate staggering of heights. When the viñoly described the feeling that the building misbehaves before the final design, he rocked lecture Department: “If you stand here, your Cup of tea varies. And if you are so devoid of taste that you have a chandelier, it also fluctuates, he concluded.

If tricks design end, engineers can reduce fluctuations by setting the “inertial dampers” from the top of the building. One version consists of a large mass mounted on a suspension system with pistons that oppose the movement of this mass. The damper works like a pendulum, but varies with the natural resonant frequency of the building, that is, when the skyscraper heels, the weight pulls it back, instead of synchronizing stabilizing it. Taipei 101 height 509,2 m, equipped with a ball-pendulum weighing 728 tons, working more as a tourist attraction. From the observation deck looks like the Orb is shaken of a mighty wind, but in fact, tourists also subject to fluctuations.

432 Park Avenue hid two damper total weight of 1.3 tons. The building engineer Sylvain Marcus (Silvian Marcus), Director of design of buildings in the American branch of WSP/Parsons Brinckerhoff, visited one of the upper floors with a group and asked if anyone felt anything. He said no. He put on the floor, a laser pointer, pointed it up and walked away. The point was moving from side to side as the skyscraper tilted. “They said, “This is incredible; we can’t feel anything”,” shared with me Marcus. In buildings with high-quality dampers most people will not notice oscillations in normal weather. For ultra-high residential towers inertial dampeners — rare benefits of modern civilization “luxury” that remain invisible.

Very tall buildings is a recent invention, and people have not developed intuition about them. “We still have this innate idea that the building to which we go, will remain stationary. We are afraid when it moves,” explains Melissa Burton (Melissa Burton), Director of global development of urban buildings in BMT Fluid Mechanics. You can make a decision and live at the level of the clouds in comfortable isolation, but wind you can’t escape ever. The walls and everything inside, will always be in motion. Most of the time you won’t notice. But someday there will come a hurricane, the wind of revolt, and you will feel it.