Sunday, April 26, the head of the “servant of the people” David Arakhamiya denied the version of explosions in the attack, a Russian drone.

“There is an investigation, which confirm that at the moment of explosion in the area of Balakleya were no aircraft and the details of Ugrovedenija about flying the drone does not stand up to scrutiny and are contrary to common sense,” he said.

Following the examination it was established that in the ground laid explosives. The explosion, recall, Ukraine has lost equipment and ammunition, more than 12 billion hryvnia.

“Funnel in the area of the first explosion was formed by explosive action of a lateral blast buried in the ground of a charge of blasting explosive, which was composed of trinitrotoluene (TNT), RDX tetranitromethane (ten), which is typical for explosive charges shaped-charge explosive principle. Judging by the size of craters, this land should be built two rows of shaped-explosive charges in groups of five each. It is approximately 760 kilograms of explosives, in the case of, for example, KFZ-1. And these craters were up to ten” — wrote the MP.

Moreover, Arakhamia said about falsification of materials of criminal proceedings, since SCS has established the differences between the version of investigators and the real circumstances of the case. According to him, the military Arsenal knew about mining.

“It is clear that to lay so much cumulative-explosive charges, it is impossible so that it nobody saw. Thus, their installation requires special knowledge and skills. This gives reason to assume that everything was done in terms of evidence for the military part and not for one day. But in the case it is not, and those who did the investigation, by a strange coincidence, then got promoted,” he wrote to Arakhamiya.

Complete response of TSC must be ready by may 1, and on April 27 will be a briefing regarding the obtained results of the investigation.

As reported by “Observer”: 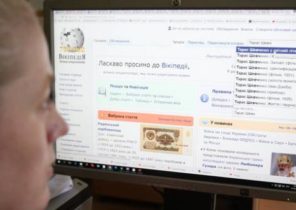