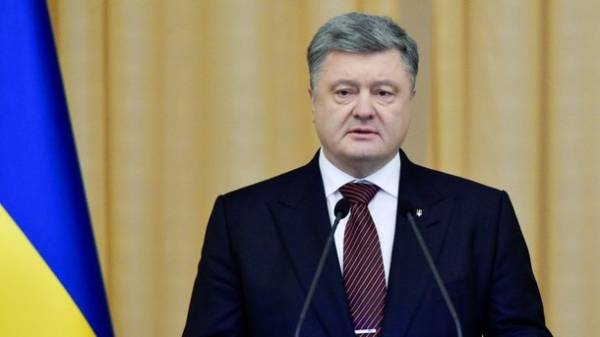 President Petro Poroshenko has declared 12 million 295 thousand 570 hryvnias of income for 2016. This is evidenced by the registry data of e-returns, transfers TV channel “112 Ukraine”.

In particular, his wages amounted to 366 342 hryvnias, the income from alienation of securities and corporate rights – 26 252 hryvnia, and interest (international investment Bank) – 11 902 976 hryvnias.

The income of the spouse of the President Marina Poroshenko amounted to 75 thousand UAH, in 2016.

Of cash, the President has declared 60 thousand and $ 900 thousand hryvnias.

President’s wife Maryna spent 11.7 thousand euros for the use of housing premises in Spain.

Information about real estate in the Declaration of the head of state do not differ from that made in the previous e-statements.

In addition, he took on the mortgage the complex of rest “the Swan” in the Estuary in Odessa region the area of 2.4 thousand square meters (the cost base – 1.1 million for 2007).

We will remind, within several days were observed the failure of the registry of electronic declarations. In NACP said that to restore its work is planned for the morning of 29 March, however, the system was not working until 16:00. The head of the NACP Natalia Korchak said that questions about the operation of the registry should be addressed to the system administrator – state enterprise “Ukrainian special systems”. Prime Minister Vladimir Groisman lashed out at NACP and said that it is the responsibility of the Agency. Groisman advised all staff of the NACP to resign. Korczak in the end, said the refusal to resign after criticism at the Cabinet meeting.