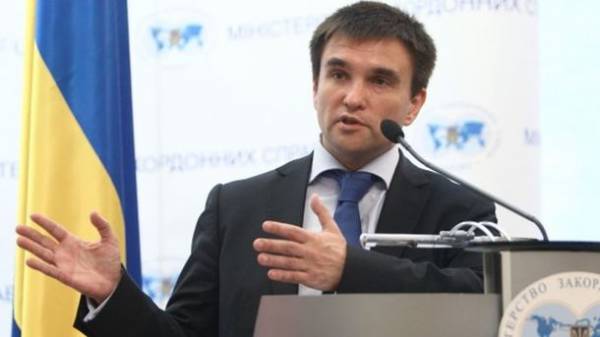 Foreign Minister of Ukraine Pavlo Klimkin ruled out any concessions on the part of the authorities for the admission of Yulia Samoilova for participation in “Eurovision”, reports RBC.

“The answer is very simple. Concessions are impossible, because one law for all”, – said Klimkin at a press conference after a meeting of foreign Ministers of NATO countries in Brussels.

“We are committed to the principle of the rule of law, and only the implementation of the law will enable us to continue the work. I mentioned this in my first comments and I think that we will continue to behave this way”, – said the head of the Ukrainian foreign Ministry.

As reported, on March 22, the SBU has banned entry to the territory of Ukraine Samoilova for a period of three years.

According to the head of the Department of interaction with mass media and public relations of SBU Elena Gutlyanskii, “the decision was made on the basis of the data on violation of legislation of Ukraine”.

Samoylova in June of 2015 took part in the gala concert “the World of sports and the good” in Russian-occupied Crimea.