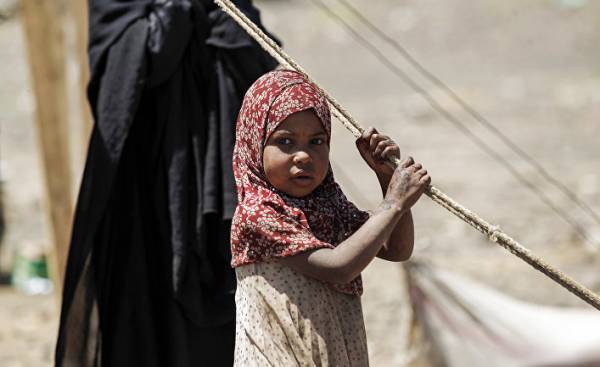 The government of Jordan has acted as host country for the summit of the League of Arab States, which is expected to take place at the end of this week, and invited the President of Russia Vladimir Putin to participate as guest of honor. It is possible that Putin will not be able to accept the invitation, and in this regard, it will replace one of the senior Russian officials.

The Jordanian leadership has the right to invite to the summit as guests of honor those leaders of foreign countries who wish, with the exception of those that carried out aggression against any Arab country, no matter under what pretext it was done. In this case, the invitation of Russian President Vladimir Putin, who kills and oppresses the Syrian people, to participate in the summit is unacceptable. This initiative will give the legitimacy not only of the murder of Syrians, and Libyans and Yemenis in the future.

Since the establishment of the Soviet Union in 1922, and until 2003, Russia supported the Arabs in the solution to their problems and not show aggression against any Arab country. She was on the side of the Arabs in all our wars — in 1956, 1967 and 1973 — and my respect for him has earned the love of the Arab people. In 1991 the Soviet Union broke up into independent political entities, and the Soviet legacy had passed to the Russian Federation headed by the drunkard Yeltsin. In 1994 in the Republic of Chechnya started an armed rebellion. The Chechens wanted independence from the Russian Federation, as well as the other republics of the former Soviet Union, which in the end gained it. The Chechen Republic as one of the subjects of the Russian Federation, where Islam dominates, wanted to secede from Russia, but did not find support from the Arab countries that have taken this position as a sign of respect for Russian sovereignty. All this was typical of Arab regimes at the time.

The Arab people and the government of the Arab countries from the Atlantic ocean to Persian Gulf Russia has expressed love and appreciation for the fact that she provided them with military, political and economic assistance to non-oil Arab States in the most difficult times. Today, however, the Arab people no longer exhibits its former friendliness due to the fact that the Russian leadership has done and continues to do in Syria and Libya since its gross interference against the wishes of the brotherly Syrian people to have the freedom and right to choose their leaders, installing democracy. The Russian Federation led by Vladimir Putin holds a fierce air and naval attacks on towns, villages and rural areas in Syria, indiscriminately killing civilians under the pretext of fighting terrorism, although in fact itself carries out terror.

She used all kinds of lethal weapons in cooperation with prepared and trained by the Iranian militia groups opposing the Syrian people’s revolution. Together with Iran, Russia staged the largest massacre in Aleppo. The Russian Navy in the Black sea has conducted missile strikes on densely populated Syrian cities. Also the missiles were launched from the Mediterranean sea, not to mention the actions of the Russian air force with their planes and ammunition that led to the death of people and destruction of infrastructure.
The Russians compared the fighting in Aleppo against Syrian civilians with the battle of Stalingrad in 1943, which changed the course of history in Europe during the Second world war. In this regard, they adhere to military doctrine, according to which Russia must win to Aleppo and to ensure the preservation of the regime of Bashar al-Assad, that he, being under Russian protection, the rules of the great Syrian people. On the eve of the Arab League summit, Russia’s aggression in Syria, reached the province of Deraa at the Northern borders of Jordan.

The horror! The guest of honor, whose warplanes destroyed a Syrian city and close to the air borders of Jordan!

The members of the cooperation Council for the Arab States of the Gulf should beware of the fact that after Syria, the Russian aggression will be expanded in the direction of Yemen. Russia warned Arab coalition and legitimate government of Yemen from deterioration of the humanitarian situation in the country. Press Secretary of the foreign Ministry of Russia Maria Zakharova said: “In connection with escalation of military action, Russia is obliged again to take action against the humanitarian situation in Yemen.” It is clear that Russia’s goal in these circumstances is the Arab coalition forces and the legitimate government of Yemen. Russia, however, ruined Syrian city, not to mention the crimes committed by Iran and its militias groups. Considerations of humanity demand Russian protection in Yemen!

The Russian Embassy in Sanaa on orders from Moscow issued a warning to the Arab coalition forces and the legitimate government not to approach the port of hodeida and confirmed that when any attempt to establish control over the port under the power of the Huthis, after the seizure of the country, the region will turn into a “sea of blood”. This is the most that neither is a real threat to the Arab coalition and legitimate government of Yemen. What are you doing?

The author has repeatedly warned Russian ambush in areas of the Arabian and red seas, as well as in the Strait of Hormuz, and urged coalition forces to quickly liberate the ports of Yemen from the Houthis, before Russia will head to the region. I lost the one who was rejected! Thus, Russia is approaching Libya to establish control with Khalifa the Haftarot and his gang, and with the support of Egypt headed by Al-Sisi, who overthrew the status of their country.

Reliable sources report that efforts are being made for inclusion in the agenda at the Arab League summit item on the call for dialogue between neighbouring countries and members of the GCC. The purpose of this dialogue is to discuss all the problems existing between Iran and its neighboring Arab States. We strive to establish a constructive dialogue and resolve all disputes by peaceful means.

The Emir of Qatar, Sheikh Tamim bin Hamad al-Thani has repeatedly called for such a dialogue, according to sources, Kuwait and Oman are working in this direction. However, in this regard, the question arises whether the action of Iran any signs of good intentions to ensure the success of this dialogue? For example, what about Iran’s occupation of the part of the territory of the Arab Emirates, continuing from 1971 until now? Iran did not respond to the efforts of the UAE to launch a bilateral dialogue or to use the services of mediation and international arbitration.

Declared Iran to cease its support of the Houthis and Saleh in Yemen? If he agreed to leave Syria and not to intervene more in the Syrian Affairs, as well as of Iraq? Refused any further provocations in Bahrain? Did Iran its influence to free the Qataris, kidnapped by militia in Iraq? Did he bring an official apology for what was done against the embassies and consulates of Saudi Arabia in Iran? It is allowed to build a mosque for Sunnis in Tehran, as is done in all capitals of the world? Thus, there is a lot of questions we want to answer before you start a dialogue with Iran.

Finally, it should be noted that before the appearance of any sign of good intentions of Iran, the dialogue will not be. Countries of the Arabian Peninsula, rather than to engage in controversy among themselves, beware of Russia heading towards you, with the help of Iran to establish control over the space around you.