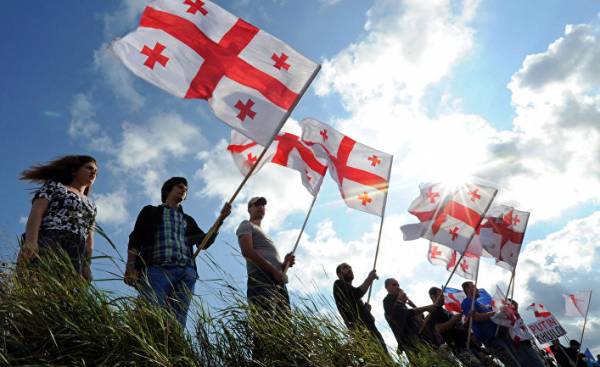 Russia contributes to the collapse of European countries send there soldiers, organizing military bases and fanning the controversy. These countries are mired in constant conflict and will never go out of Putin’s shadow. Surely this is the future of Eastern Europe — live favors Russia?

Peter Gadhammar and urban Andersson visited three countries — hot spots of Europe. In our part of the world it is here that the peace could unravel at the seams.

Here, Russia takes the territory of a neighbor — a step by step.

About the conflict in a nutshell: When Georgia left collapsed in the early 1990s, the Soviet Union, the tension between different population groups in the country escalated into open war. South Ossetia and Abkhazia, part of Georgia, declared themselves independent. They exist with the support of Russia.

Khurvaleti, Georgia — One morning, when Lali Jeiranashvili, as usual, had to go to family corn field, she found that the field is now in another country.

“Attention! The state border! Crossing is prohibited” — read the green sign on the road that Lali and her family always went, their parents went, and before and parents are parents.

Lali could easily ignore the sign and keep going.

It was only few minute short walk — and she would have been in maize, which feeds the family and gives her income. But she stopped and carefully read. Message in three languages, Georgian, Russian and English was crisp and clear.

She turned around and went back to the village.

After all, Lali Jeiranashvili knows how dangerous it is not to pay attention to signs that put Russian soldiers. They took piece by piece the land around the village of Khurvaleti, and someone caught on the other side, drove to Tskhinval and left there until some relative does not pay the fine or if you want a ransom. Will have to pay in any case: for two thousand rubles, which corresponds to 400 Swedish crowns is a lot for a country where the minimum wage corresponds to 800 Swedish crowns per month.

South Ossetia is part of Georgia that seceded from Georgia and now calls itself a sovereign Republic. Only Russia, Venezuela, Nicaragua, South island, Nauru and Tuvalu, as well as the separatist Transnistrian Moldovan Republic recognizes South Ossetia as an independent country, although no one is trying to pretend that South Ossetia is really independent. Russia was handing out Russian passports, the currency is the ruble, and the border is guarded by Russian soldiers.

As things got complicated!

Lali Jeiranashvili rinse the washed clothes in the concrete trough at the foot of the hill on the edge of the village. Her hands red and hard from the cold water. Soft-scorched mountains rise up over it under the arch of the sky. Cows mooing, chickens clucking, roosters crow and dogs bark.

In the village were always busy life, and all these sounds, and the mountains and the plain that lies below in the valley, at all times was a symbol of freedom. Here the Georgian village of Khurvaleti. And Ossetian. It’s called Odoleti. Then again Georgian village. Called Bershueti.

Before people moved as wanted, this crazy quilt of Ossetian and Georgian villages, and now they stumble upon prohibiting signs, barbed wire, more barbed “Egoza” and fences. Existence has turned into a maze.

Even where there are no barriers, to forget is impossible. A few steps in the wrong direction, and you can be on the other side.

Down on the field, the Russians dug a line of black, greasy earth. Said that here is the border.

But what if the cows go on the forbidden side? Anyone with cows, know that they can break the fence and leave.

“Twice the Russians were chasing me on SUVs, says Moorman, a farmer who lives just 150 metres from the barbed “concertina”. He clasps his hands, — what could I do? I had to go to the other side, pick up their cows.”

To get to the next village Bershueti, you now need to drive many miles directly South until you are on a great track, one of the transport routes of Georgia, running from the West to the East. Before you leave the track, you need to bypass the checkpoint guarded by the Georgian police. They are there in order to prevent strangers to get too close to the border, saying it’s too risky: people can steal.

A young policeman sitting on a stool and reads a classic novel by Alfred Speaks of “Alexanderplatz” on splitting Berlin shortly before he came to power Hitler.

You need to go to the track and drive past the green signs on the field. “State border”. Just 400 metres from the main transport routes of Georgia.

In English what is happening is called borderisation “bordersize”. This term was introduced by the OSCE observers. It means that the process of drawing borders unilaterally and contrary to international law.

Russia has carved out the state of Georgia.

This is a hidden annexation, which occurred after a short Russian-Georgian war in August 2008. Russia has interfered in the strained relations between Georgians and South Ossetians, and then declared that the obligation to protect its citizens.

When the 2008 war broke out, Russia went into Georgia approximately under the same pretext that was used during the propaganda against Ukraine: the Georgian army was called “Hitlerite” and Georgian President Saakashvili dubbed “hysterical Fuehrer.” Putin compared this war with the defense of the Soviet Union against Nazi Germany.

Since Russia has built military bases 19 on the Ossetian land along the border, which illegally carried out through Georgian territory.

The farmer working shovel in a field near the village Bershueti. He stands, bending over newly dug earth, which smells good, warmed by the sun after a morning of damp cold and mist.

When he straightens his back, you can see a Russian base in the distance, in the valley. For the base is Khurvaleti. There he walk no longer walk. Looking up, you can on the mountain to see the green sign, which a month ago, the Russians pushed a little closer, 100 meters, maybe 150.

As the old farmer refers to those tablets? In these lands, the peasants felt free even during communism when I lived in the Soviet Union. Everything worked in the collective farms, but each was also on half a hectare of land, which can be processed for myself.

The signs at the top of the mountain to the forest. In the forest, always hunting. Hares and quails. From there, carried the firewood to warm the stone houses in which cold in the winter. Cows were allowed to roam the slopes among the trees.

The farmer’s name is Murase. He was 77 years old. In August, he climbed the mountain with two other men, to feed the cows. They now have 30. Previously, the village had 100 cows, but due to the fact that pastures piece by piece be on the Russian side, farmers can’t keep so many cattle. In any case, came the Russian soldiers said that the men went on another side. They took Murase and one of his comrades, and the third released in the village, so that he could tell about what happened.

“They said I crossed the border. It’s not true!”

Talking, soldiers pay when they someone to take, said David.

The face of David red and weathered, his strong paws that seem unable to grasp anything. Strange to see this powerful man so excited. He doesn’t want to give the name of the family. Afraid to approach the green plates too close. Sometimes he sees Russian soldiers on Georgian soil, the last time it happened four months ago.

Maybe it’s just a rumor that the soldiers receive a percentage of the detained peasants. On the border, Russian and other things say so much that in the end anything is unclear, except that the border exists, somewhere visible, somewhere invisible, and yet it sometimes moves.

From the EU there is a group of observers. Their task is to patrol, to observe change, to promote long-term stability and to establish a trust relationship between Georgia and Russia.

While this work is going to restore confidence, Russia has a border inside Georgia, and Georgia have nothing to answer to it.

Russia has installed more than 200 signs. Military bases along the border — even more modern than in Russia itself, tells a very knowledgeable source. At each base from 80 to 100 members of staff, and to accommodate they can still twice. Thus, Russia can quickly boost its military presence right in the middle of Georgia.

Controlled instability — that’s what our source calls Russia’s strategy to strengthen and smooth the conflict depending on their needs. While Georgia does not own its own territory, while the country is in a state of unresolved conflict, it can never become a member of NATO or the EU.

Before the First world war in Central Asia was the great game between Russia and primarily England. In the field where the old farmer Murase planting trees in the yard, where the Murman stands and looks on the field, which Russian soldiers have pitted lines representing the new state border, in the concrete trough in which Lali Germansville rinsing linen — that’s the place new great game.

“I’m afraid, says Lali, — What will become of us? But if someone decides that our village should be destroyed?”

She takes the clothes in the big plastic basket of hard climbing up the hill to his house. On top of the mountain there is an observation post from which it is likely to now watch through binoculars. Who is this woman talking to? It’s not the villagers. What’s in her basket? Laundry, or something else lies underneath?

Every move is suspicious.

In the evenings the highway you can see the light flickering on the Russian military base. 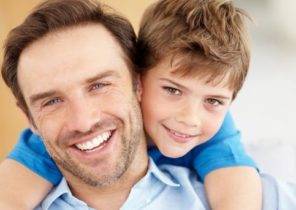 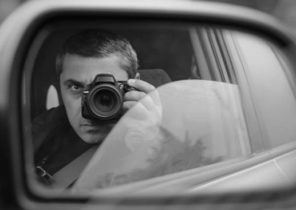