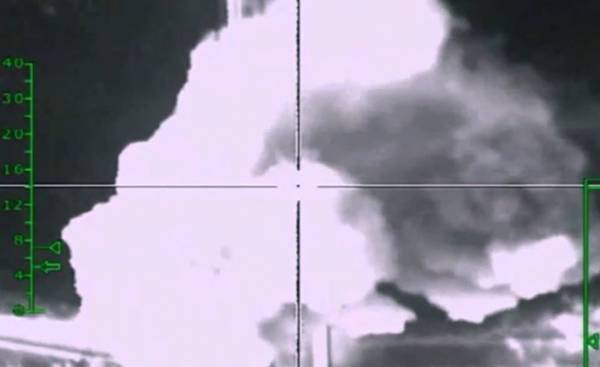 Hama province is now blazing fire. In parallel with the news from there, the developments at the international level and in the field suggests that Russia and Iran discuss new steps on Syria, in particular, for the most important region — the province of Idlib, which is considered a stronghold of the Syrian revolution.

Russia in Afrin and its surroundings

In recent days it became known about the Russian military presence in areas such as Kafr Gianna, Gandaris and other, adjacent to the city of Afrin, which is under the control of the Kurdish people’s protection units.

Despite the rebuttal of the Ministry of defense of Russia, given the rumors about the intention of Russia to establish a military base, photos and videomaterial that leaked from Afrin and its surroundings indicate the presence of a large number of armored vehicles and other military equipment. However, this fact does not speak about the possible desire of Russia to move part of the coordinating center Hamim in the region to monitor the truce.

In an interview to El-Dorar military experts reported that they have information indicating the desire of Russia to use Kurdish militants in the capture of the height of Barakat in the West of Aleppo province, in preparation for the capture of the city of Dar El-Issa.

The experts stressed that Russia seeks to obtain thereby a good cover in the form of large areas in the South and West of the province of Aleppo and North of Idlib. This will not only facilitate the conduct of military operations on the Russia and Iranian forces and reduce military spending. The height of the mountain Barakat — 845 metres above sea level. The occupation of this height will allow the Russians to use heavy artillery, which is much cheaper compared to combat missions. The location of mount increases accuracy and provides access to the area exceeding the area of the specified areas.

Such developments in light of statements by the Kurdish people’s protection units, which indicates their further rapprochement with the Syrian regime.

The representative of the Democratic forces of Syria, the core of which constitute the Kurdish groups, confirmed that the Syrian army will probably be to work with them in operations in raqqa.

The commander of the Kurdish troops Saban Ho also did not rule out the participation of the troops in the liberation of Idlib.

The Iranians in Aleppo and the rapprochement with the Russian

After the operation to capture Aleppo Iranian forces have strengthened their positions in Western Aleppo and in the South near Khanasser. Also there have been several attempts to further implementation in the West of Aleppo after the seizure of the regions located on the border with the province of Idlib.

These changes are accompanied by increased Iranian-Russian coordination, which is a clear message for all other parties that these two States are going to cooperate in Syrian issue to the end.

The Minister of foreign Affairs of Iran Mohammad Javad Zarif has said on Tuesday that his country will allow the Russian air force to use its airports for bombing in Syria. The statement came the day after arrival to Moscow the Iranian delegation at the highest level for signing new agreements with the participation of Russian President Vladimir Putin and Iranian President Hassan Rouhani.
Agreement on the evacuation of the cities of Foix and Kefraya

Political experts, closely followed the evacuation of the inhabitants of the cities of Foix and Kefraya in Idlib province and entrenched there by Lebanese Hezbollah militants, have expressed their concerns about the fact that Iran is rushing the process in preparation for a military campaign in the region. In an interview to El-Dorar experts note that there is no real guarantee that Iran will comply with the agreement regarding the evacuation of civilians and fighters from that city and from other districts.

Experts warn of a speed that it finds Iran to complete the transaction, which will be held in two stages. Iran may resort to the conclusion of the majority of civilians in the first stage to calm and cheer on Hezbollah militants, and then to launch a military operation in the direction of Idlib with the participation of troops stationed in the South of Aleppo.

Events in Syria bring us back to the fact that the situation on the ground, as well as political approaches are not static. The data are constantly changing, making all the possible scenarios. Probably, the coming days will reveal more explicit intentions of actors in the Syrian dossier.