The next day, February 6, weather, the most part of territory of Ukraine will determine the humid and relatively warm air mass, the colder air will flow only to the North of the left Bank, reports Reuters.

Throughout Ukraine, except the South, on roads ice. Wind East, North-East of 5-10 m/s.

According to the Central geophysical Observatory, for the entire period of meteorological observations in Kyiv on 6 February, the highest day temperature was recorded at the level of 7.6° above zero in 1990, low – night at the level of 30.4° degrees in 1929.

Tuesday, February 7, in the Eastern part of Ukraine, without precipitation, the rest of the snow in the Carpathians with rain during the day in Vinnytsia, Cherkasy, Kirovograd, Odessa, Mykolaiv regions sometimes heavy snow in the southern and Central regions of the places Blizzard.

Black ice on the roads. Eastern wind of 7-12 m/s, in the southern part of the Central and Eastern regions sometimes gusts of 15-20 m/s. 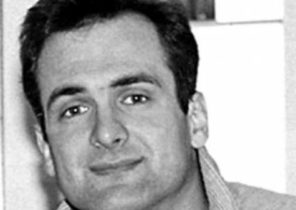