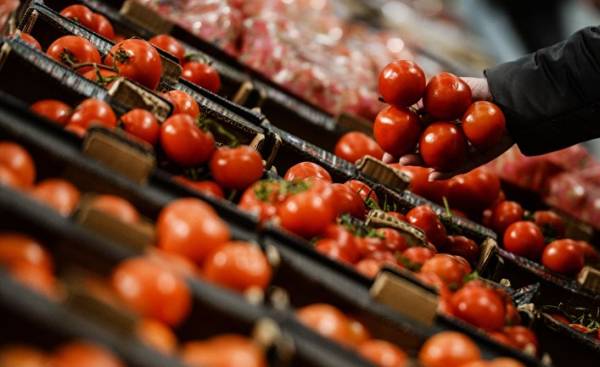 56% of the total Turkish vegetable exports to Russia amount to tomatoes. After Russia has suspended imports from Turkey, export of Turkish tomatoes in 2016 fell from 367 million to $ 238 million. By volume, exports declined from 543 thousand tons to 480 thousand tons.

It is noted that in the tomato sector the main effect of the import ban that Russia continues to apply, the market will feel after April 15. Due to the fact that this year the output of European producers to the market is postponed for a month due to adverse weather conditions, demand, the EU still provides Turkey. But as soon as the harvest of the EU, especially Spain, are beginning to enter the market, the EU is also approximately after April 15, will suspend the importation from Turkey, and then the price of tomatoes in Turkey can quickly fall to 1.5 liras per kilo, said a member of the Board of the Union of modern greenhouses Ahmet şentürk (Ahmet Şentürk).

Şentürk, claiming that Russia was not expected to so easily open their doors to tomatoes coming from Turkey, said: “She can choose only some manufacturers in our country and purchase limited at 10% of what was imported before.”

The most problematic period from the point of view of the producers of tomatoes is expected after April 15, emphasizes şentürk. “In past years, Spain, the Netherlands, Belgium stopped its imports from Turkey on March 30, when the market went their own harvest. But since this year winter dragged on, the tomatoes produced in these countries will enter the market by approximately April 15, and then for producers of tomatoes in Turkey really have a problem,” said şentürk.

The only solution is to convince Russia

Ahmet şentürk says that “the only solution is to convince Russia that Turkey has less than a month”. In this situation, producers of tomatoes, there is only one alternative — the domestic market, but inside the country with the reduction of export prices will fall. “Prices in the domestic market will inevitably fall. Not surprisingly, if the cost of grape tomatoes, which are currently sold for 4 Lira to fall to 1.5 liras, as happened last year, when Russia stopped the import. We look forward to support from our Ministry. The problem with the tomatoes will affect about 10 thousand genomov (a measure of area, equal to 919,3 square meter — approx. TRANS.), modern greenhouses. And when it is added to greenhouses operated by private manufacturers, the problem affects about 30 thousand Denisov”.

56% of the Turkish export of fresh vegetables to Russia were the tomatoes. 60% of greenhouse production in Turkey accounts for the tomatoes and peppers. With the cessation of Russian imports from Turkey export tomatoes in 2016 has decreased in value to $ 238 million (against 367 million), and volume — to 480 thousand tons (against 543 thousand).