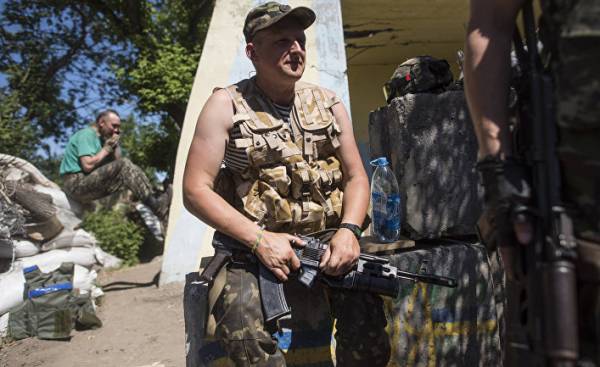 The investigative journalism website Mediapart published on Tuesday, March 28, great material about sexual violence in Ukraine, which is practiced from both the Ukrainian military and separatists against prisoners of war and civilians. Journalists investigated in the framework of the international project Zero Impunity fighting impunity for perpetrators of sexual crimes.

In three years of conflict in the Donbass killed more than ten thousand people, more than twenty thousand were wounded. But one figure remains shrouded in mystery is the number of victims of sexual violence. Rape, humiliation and mutilation have become a kind of weapon that is actively used on both sides of the front in the Donbass to intimidate, torture, and obtain the necessary information, the authors of the investigation.

22-year-old Ukrainian journalist Lena (the authors have changed her name) got captured by the separatists in may 2014. After a few weeks of captivity, when the kidnappers realized they won’t get ransom, she was brutally raped and released. In October 2016, Lena received refugee status in Germany.

The case of Lena is not the only one — say the journalists, referring to the report of the coalition of human rights organizations “Justice for peace in Donbas”. Most cases of unpunished sexual assault in the combat zone recorded in 2014-2015. Through psychologist Anna Mokrousova were more than 300 former prisoners of Donbass, but only few of them agree to talk about their experiences. The victims were both men and women, mostly from among the hostages, who were not recognized as official prisoners of war.

Public opinion in Ukraine for the victims of violence also is not conducive to frankness. First, the history of the former prisoners are most often used for propaganda purposes by both sides of the conflict. Second, the denigration of the image of the enemy propaganda does not shrink from unverified and often false information about sex crimes on the other side of the front. Each revealed evidence about the publication reduces the trust of society to the next, is already real, stories of war crimes.

Mediapart journalists talked with the former fighter of a voluntary battalion “Aydar” (banned in Russia — approx.ed.) the international human rights organization Amnesty International has accused of war crimes. Vadim (the name also was changed by journalists) spoke, as repeatedly witnessed the torture and rape of prisoners by fighters of a battalion returning from combat.

Not rare also are cases of sexual harassment of women crossing checkpoints on the front line. In particular, in the publication Mediapart cites the testimony of women raped by soldiers of the separatist “Vostok” battalion “for violating a curfew.”

In addition to the cases of sexual violence in the border areas common cases of forced prostitution among young women or adolescent girls, who have to provide sexual services to soldiers in order not to die of hunger. Several of these testimonies were gathered by the volunteer Elena Kosinova in Ukrainian army-controlled town of Krasnogorovka of Donetsk region.

Former FSB officer Ilya Bogdanov, who fled in the beginning of the conflict from Russia and joined the ranks of the “Right sector” (an organization banned in Russia — approx.ed.) believes that sexual violence is at the front directly connected with alcoholism soldiers and the connivance of the officers. Another reason is impunity. On the one hand, in combat zones virtually no law enforcement system. With other victims of violence are often afraid to apply.

Only an international Tribunal

In the breakaway Donetsk and Luhansk “people’s republics” no stable system of law-enforcement and judicial authorities. “Torture, including rape, became part of a deliberate policy of intimidation of the population” — explains in an interview with human rights activist Vladimir Shcherbachenko. At the request of the Mediapart journalists to visit the territory of the breakaway republics, the authorities DND and LNR refused.

In the rest of Ukraine, despite the overall working system of justice, too, is sometimes difficult to achieve a just punishment for rapists, especially those returning from the front veterans of the ATO, having a reputation as “heroes and defenders of the Motherland”. The most notorious example of this attitude is the trial of former soldiers of the battalion “Tornado”. Even after the promulgation of the investigation of facts of torture, rape and statelist “tornadovtsev” against the civilian population and prisoners of war in society is a sympathetic defendant, “risked their lives for Ukraine”.

Another reason for the lack of interest of Kiev to conduct a more thorough investigation, according to journalists Mediapart, is that the Ukrainian security services have resorted to such practices. Former prisoners of the prison of the security service speak out about rape as a method of obtaining evidence. No different situation on the other side of the line of contact, says the publication.

In order to change this practice of impunity, even the Ukrainian government adopted in February 2016 special plan for the protection of women in situations of armed conflict. However, despite these efforts, last year in Ukraine was initiated only seven criminal cases involving sexual violence in the combat zone. Three of them were closed for lack of sufficient evidence. While the coalition of human rights organizations “Justice for peace in the Donbass” has collected more than 200 testimonies of victims of violence.

For those few who do decide to file a complaint of abuse to the police, often under pressure on the part of officers or soldiers, which filed the complaint that they took a statement. “In Ukraine there is a stable system “culpabilisation” (suggestion of guilt) of the victims themselves,” — explains the Ukrainian journalist Anastasia Melnichenko, the author of the flash mob #anabolisant — recognition of victims of sexual violence.

The only way out of this situation can be only international judicial bodies, according to respondents Mediapart experts. One of the instances for complaints by victims of rape during military actions in Eastern Ukraine could be the European court of human rights. But while no statement there has not been filed. The ECtHR is unable to detain criminals, the Strasbourg court can only make a decision on material compensation to victims, explain the lawyers.

The broader the powers of the international criminal court, specially created for the punishment of war criminals. Despite the fact that Ukraine has signed but not ratified the Rome Statute, and Russia has signed but later withdrew his signature, competence of the ICC, however, applies to the entire territory of Ukraine, and theoretically all war criminals arrested in its territory, whatever the nationality they have, can be sent to the Hague.

In the future, a large process on the war in the Donbass, a group of volunteers has already started to collect testimonies of victims of war crimes, including sexual assault, for subsequent international Tribunal. 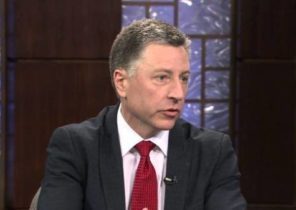