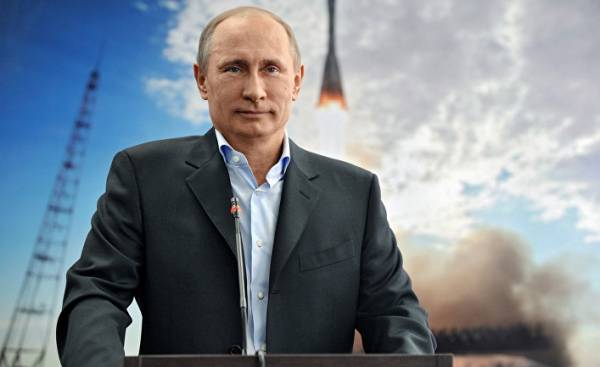 In 1957 the Soviet Union brought the first satellite in orbit, and in the spring of 1961 the Soviet cosmonaut Yuri Gagarin became the first man to walk in space.

“Let’s go!” — said Yuri Gagarin, spaceship “Vostok” was launched with the launch of “Seven” and launched into orbit.

“It’s not just about what people have to go to the moon, but about the nation as a whole. We all must fight for the fact that he was there,” said Kennedy, speaking before members of the U.S. Congress may 25, 1961.

This call marked the beginning of the competition between the United States and the Soviet Union: who was the first to reach the moon? Eight years later, Neil Alden Armstrong was able to exclaim: “That’s one small step for man, one giant leap for mankind”, becoming the first man to walk on moon Monday July 21 1969.

The Russians never made it to the moon

The Soviet Union and its successor Russia never sent people to the moon. But now it can happen. Russia has created a space ship of new generation, which, according to the online publication Gazeta.ru will be able to get to the moon in 2031.

On their websites space organization Roscosmos is looking for six to eight astronauts for expedition to the moon. On a press-conferences in Moscow the chief of manned expeditions Sergei Krikalev said that the new recruits will become part of the program of lunar exploration and will be sent to new space ship, Federation, reports news Agency TASS. 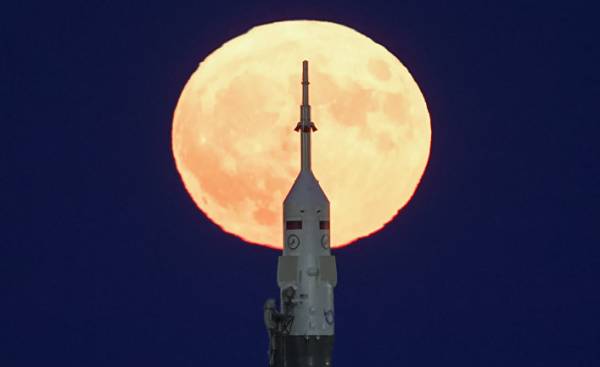 “Russia has lost the competition consisted in sending a man to the moon, but new plans for space exploration include the plans of sending people there. It is also plans to launch space station that will be located on the lunar orbit,” — says an expert in the field of Astronautics Eric TANDBERG (Erik Tandberg).

The US and China do not go to be

However, much indicates that the United States will want to send a man to the moon, and China is working to create a manned spacecraft that could land on the moon with the crew. Next year the Chinese plan to send to the moon probe, which has to go back. In recent years, the Chinese launched several probes that together with the devices made on the moon soft landing.

“China will continue to explore the moon, in the longer term he would like to send people. When this should happen, they didn’t specify”, — emphasizes TANDBERG.

It is still important

The last time man visited the moon, when the “Apollo 17” landed on the planet’s surface in December 1972.

“We will return”, — said the astronaut and spacecraft commander Eugene A. Cernan, who worked on the surface of the moon three shifts, each one lasting over seven hours. He and his colleague Harrison Schmidt spent on the moon 74 hours and 5 minutes.

Today, 45 years later, Sandberg emphasizes that the Moon is still a matter of interest for several reasons.

Here you can make a stop on the way to Mars. At the poles there is water, thus, it is possible to produce fuel for rocket engines. If you manage to do it, then the spacecraft heading to Mars, can refuel fuel from the space station, which will be able to stay in lunar orbit.

Many us companies believe that, perhaps, on the moon there are many rare minerals and elements that can produce. Spoke about the isotope helium-3, which possibly can be used for energy production, if you manage to isolate it. Helium-3 lands on the moon with the solar wind; according to some scientists, the moon this isotope available in sufficient quantities in order to satisfy the need of the earthlings energy for thousands of years.

The moon can be used as an astronomical Observatory. Low gravity makes it possible to create large mirrors, which can be used in giant telescopes. In addition, the lack of atmosphere allows you to see much clearer than on Earth.

TANDBERG, indicates that attempts to gain a foothold on the moon means a solution to several problems. For example, particles of lunar dust is extremely sharp because the moon has no atmosphere, which rounded their ends. And these particles represent a danger to humans, who can breathe, they can also destroy machines and equipment.

This week, the President of the United States Donald trump has signed a law that provides NASA an annual budget of $ 19.5 billion dollars. Thus, the American space Agency will not have to experience that big spending cuts, which, according to The Washington Post, the President proposes to introduce for all public institutions.

“This may indicate that over time, will be landing on the moon, but the main goal — Mars. Mars is far to reach it will be difficult,” — emphasizes TANDBERG.

A Russian Roscosmos cosmonauts today 30 aged 31 to 58 years. 14 of them have already been in space before, and the senior — Gennady Padalka — set a world record on duration of stay in space — he spent 878 days, according to “Russian newspaper”.

New astronauts must be selected before the end of the year, they will train at the space centre “Star city” near Moscow.

New spacecraft “Federation” is designed for a crew of four, the first manned launch to be held in 2023 from the new Vostochny cosmodrome in the far East of Russia.