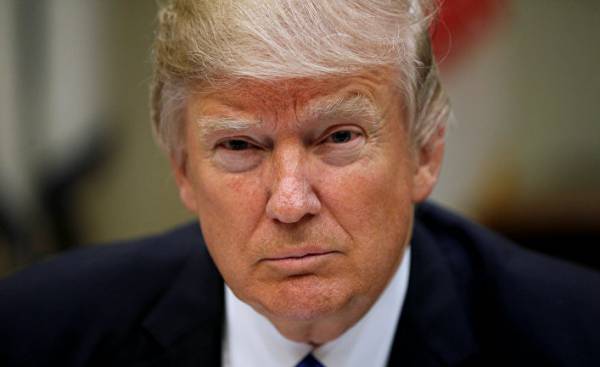 As soon as the Chancellor of Germany Angela Merkel (Angela Merkel) has closed the door behind him after meeting with Donald trump as the US President sent her the following tweet with absurd requirements. At the talks in the White house they discussed, including the rising costs of Germany on defense. And now trump has decided to complain that Berlin is supposedly owed Washington and throughout NATO, “a huge amount”. According to the American leader, it turns out that a military Alliance is firm, defense service, and the U.S. military — hired staff, and therefore in other countries there are certain payment obligations.

Rights and obligations of the United States

Looks like trump don’t really understand how the politics, international relations and NATO. The position of the United States as a Western superpower and a major power in the Alliance gives a lot of rights, but also responsibilities. One of them is that Washington needs to demonstrate its presence in Europe, the middle East and Asia, to deter opponents and inspire confidence in allies.

The US is doing it voluntarily on the basis of geopolitical considerations in order to strengthen its influence in the world. The price tag for it never was and cannot be. The us army no hourly rates for soldiers, submarines or helicopters, placed at least in the German Ramstein, at least in Kabul, at least in Seoul.

Since the founding of NATO in 1949, the principle: the costs borne by one who is their cause. That is, everyone pays for their army, their weapons and the current military operations. The Alliance has only a very small total budget of the international headquarters and a small part of the joint task. In General, to get into debt in the framework of NATO is simply impossible, since each member bears its own expenses.

Germany has long been paying

Accordingly, the increase in the defense budget of all States that are members of NATO, up to two percent of their GDP will go to the armed forces of each country. No payments for NATO, especially for the United States — not available. I hope the Chancellor of Germany recalled an ignorant President that Berlin for decades already bears part of the costs for the placement on its territory of various us military agencies. During this time, the account goes already on billions. Moreover, since unification, Germany’s military spending in its territory fall in connection with the reduction of U.S. troops.

A significant proportion of the current expenses for the maintenance of bases in Ramstein and Stuttgart, Germany and elsewhere stems from the fact that the United States direct the actions of its armed forces in the middle East from Germany. According to the logic of trump, German taxpayers have to pay for us operations in Iraq or Afghanistan?

The White house either doesn’t know this, it’s a show ignores. His remark that the United States treated unfairly, to put it mildly, is also complete nonsense. Nobody forced the US to deploy its troops wherever it is, start or end wars. Again, the costs were borne by the one who becomes their cause. It’s simple. If living in their own reality the President wants to change this system, then NATO needs to be completely reformatted. Poland, the Baltic States and many others will need to Express a willingness to pay for U.S. military presence.

In this case, you will need to discuss the price. A number of things that makes the US army, to the absurdity of costly and excessive. If Poland, Germany or Lithuania will have to pay, in accordance with the rules of the economy, they should have the opportunity to influence the ordering of services. And generally, how much it costs one day under the protection of nuclear power in the USA?

No, Mr. President, the world is not as simple and doesn’t revolve around America (or better: around Donald trump), as you imagine. The wish that the European allies spent more on their safety and your own weapons, of course. And heard it, working on it.

Trump can ask one of the generals who come to his office. At least they should know it better. In addition, this topic is not new. Even President Richard Nixon and Chancellor Willy Brandt (Willy Brandt) argued in the 1970s on the costs for the deployment of American troops in Germany. But such absurd claims, trump, Nixon never filed.

Recently, in a speech before the U.S. Congress, Donald trump said that “the money has to flow” because he put pressure on the allies. Only here the US from increased defence budgets in Europe will not get a cent. It’s just a lie, Mr. President. Another lie.