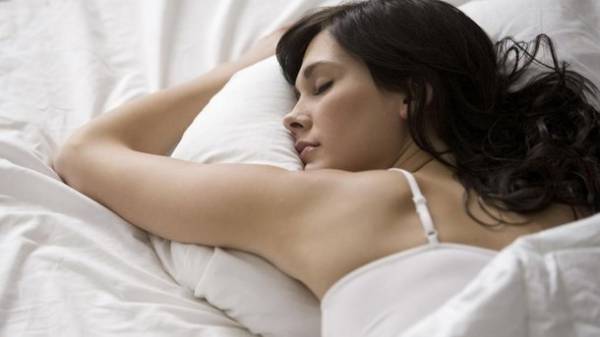 The last months I had a flexible work schedule, so instead of the usual 7-8 hours of sleep, I could afford to sleep for 10-12 hours. Ironically, good health me it did not add: after waking up in 11 days, had a headache all day and a Cup of coffee for energy, further aggravating the situation. In General, when I was invited to take part in the sleep experiment, I agreed, does not hesitate: what if the new “sleepy” mode suits me more than the former?

The essence of the experiment was the following: I and several other participants suggested a whole week to sleep in a mode different from the usual. So, one of my colleague went into hibernation only during the day because he worked nights, the other on the dream leaving only a few hours, and the third, as expected, has fulfilled the “vosmichastny”.

As a result, in the course of the experiment all week, someone’s been sleeping more than 10 hours instead of the usual six, and someone like me, on the contrary — six hours instead of 11. A few participants did not sleep a wink for several days. To compare how the body reacts to such things, both before and after the experiment measured the pressure, took a blood test, offered to do physical exercises and undergo intelligent lyrics.

6 HOURS INSTEAD OF 11. I chose a sleep schedule from 2 nights to 8 am. It was difficult only the first three days, but I did keep: drinking coffee and constantly ate because after eating he wanted to sleep less. As a result, over time the lack of sleep I have put on a few pounds.

On the third day, sleep six hours I felt really bad: I felt like the flu with a high temperature. The work I have intellectual, it is necessary to constantly stir the brains, but as always I wanted only to sleep and eat, work does not come out. I remembered my school years when I had to get up for school at 6:00, and times when every day early in the morning had to go to work, being in a very aggressive state, especially when you do not have time for Breakfast: I was ready to kill anyone that crossed my path. Perhaps that is why we have such a violent society: people enough sleep for decades.

THE STRESS HORMONE. But after a few days my condition rapidly stabilized. And since the fourth day, I walked into a new rhythm. He wanted to sleep less, have more free time — I didn’t know what to do with myself, so I began to work more. And when it came time to take tests, I did everything much faster than when sleeping for 11 hours a day! And so was almost all of the participants. But it happened because increased stress hormone levels. Later I learned that it is dangerous to health, but first this wonderful result made me think that the stress I may face and what you need to start sleeping less.

But those study participants who were up for several days (and it were young sports people), looked terrible: they rocked, I could tell they were bad. One guy even refused to undergo physical tests — afraid for his health: he didn’t get enough sleep the day before experiment, and he came not even two, but three days without sleep. Plus he had high blood pressure. And the young man who drove the car at the time of participation in the project refused to use it, because they were not confident in their reactions and went on public transport.

SUMMARY. After a week, when you slept a little, became difficult for me to return to the previous mode. My body just refused to sleep my 10 hours, I have no alarm clock woke up exactly six hours. But in three days or four, everything was back to normal, and I began to sleep as before for 10-12 hours. Of course, I was thinking about how to continue to sleep less, but to do this fully would have had to change my daily routine, work schedule and workouts in the gym. Alas, when I again started to pour, came back and all the old “joy” kind of lethargy in the mornings, needs coffee and headaches with my completely healthy, without harmful habits, lifestyle. Maybe I will come someday to the Golden middle — eight-hour sleep.

— Poor health during this experiment was caused by changes in the level of cortisol (stress hormone), falling blood sugar and pressure problems as a result of lack of sleep.

Increasing the level of stress hormones is harmful first and foremost for the heart and may cause damage to the blood vessels, high blood pressure, strokes and heart attacks. In addition, when the level of hormones in the blood due to lack of sleep changes, this leads to problems with the pancreas and premature aging. After all, the dream limfatica the system removes from the Central nervous system toxins. You may also experience problems with memory, concentration (in the state of lack of sleep is dangerous to drive a car), etc. after a few days of lack of sleep, the body begins to reduce the ability to assimilate glucose, impaired balance appetite hormones — leptin and ghrelin, which can cause diabetes and obesity.

It looks like this: the level of leptin, which controls appetite, is reduced, and you want to eat. While the level of ghrelin increases feeding signals to the brain that need to eat. That’s why the Marina for a few days lack of sleep gained weight. So I have a very negative attitude to common today training like “How to learn to sleep 4 hours a day.” Yes, there were great men who slept very little, like Steve jobs. But, as we all remember finished they are not very good.

The most useful sleep — between 23:00 and 6:00-8:00. It was at this time in the human body begins to produce useful substances (e.g., melatonin), and it heals itself. Melatonin regulates a large part of the processes in the body, and all of the above diseases can overtake a person because of his shortage. Most actively this hormone begins to produce at about 20:00, and the peak falls on the period between midnight and 4:00. But save it for the future impossible.

Besides the fact that every day we need to sleep about 8 hours, it is very important to respect the day. The reason lies in the biological rhythms that govern all the processes. For example, if a person always wakes up at 7:00, at half past six in its body begins to prepare for waking: increased blood pressure, blood ejected hormones vigor. If we do not adhere to the mode of the day, biorhythms are wrong, and that over time this can cause disruption of primarily cardiovascular system.