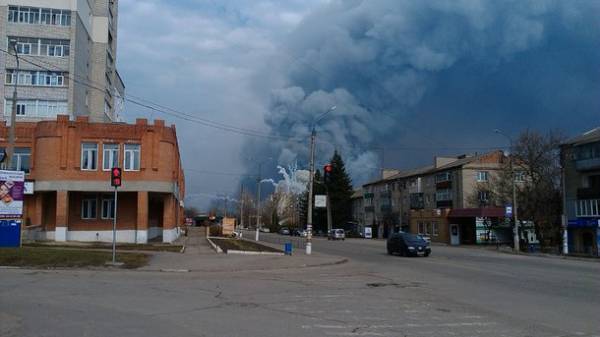 Today it is planned to eliminate the two last the source of corruption in military warehouses in balakliia. This was announced by the Deputy Minister of defence of Ukraine Igor Pavlovsky.

“The intensity of the explosions on the technical area continues to decline, this night recorded a single detonation of ammunition. After completion of the work firefighters conduct engineering reconnaissance,” – said Pavlovsky.

According to him, military engineers continue to clear the area from explosive objects.