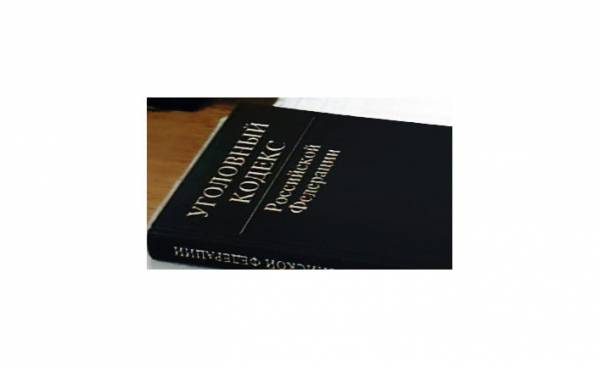 Vladimir Luzgin — first person convicted in Russia under the new anti-extremist legislation. For criminal prosecution was enough to repost the article, which said that the Second world war Germany had started, together with the Soviet Union, signed a Pact on the division of Europe and invaded Poland. Their opposition views Vladimir Luzgin not hide.

“I am not the author of this article, I just had to repost it. In addition, my page had a political and oppositional in nature, that is, there was criticism of the Russian authorities, both internal and external policies. I strongly condemn the annexation of Crimea, Russia’s actions in the Donbass, and also in Syria. We have plenty of internal problems”, — tells his story of the Czech radio Russian opposition. He is currently awaiting asylum in a refugee camp in the Czech town of Kostelec nad orlicí. The ordeal of Vladimir Luzgina began at the end of December 2015, when his profile in the social network “In Contact” he did a repost of the article “15 facts about Bandera, or silent About what the Kremlin.” A few weeks later, he was visited by FSB officers, conducted a search, confiscated his mobile phone, with which he went to the Internet and accused of spreading “knowingly false information”.

“Of course, this was only the beginning. It was a show trial, and I was the first defendant in the case. I was discharged, apparently, the greatest possible penalty. I did not pay and not going to pay. Because how can you penalize for the historical truth, which is known all over the world. In school history lessons, I was taught that if one country from the West, and another from the East coming with the arms, it is called attack.”

Historical truth, however, at the end of the Nuremberg trials was that the responsibility for the war lies solely with Hitler and the Nazis. Thus, Vladimir Luzgin was fined in the amount of 200 thousand rubles. However, the opposition does not feel guilty because, according to him, the true reason for his prosecution lies elsewhere: “the Main, true reason for my prosecution is dissent and criticism of the regime. And people like me, convicted or sentenced to fines or to real terms — every year it becomes more and more. Our country small steps towards North Korea. Since I did not change his opinion against the regime, is absolutely clear that there would be further retaliation. The fine is just the beginning. They’re now coming up with repressive laws. You don’t even know what law they will take, and for how long can condemn you in the future. And because the conviction is already there, it is an aggravating circumstance for the following criminal case. So I weighed all “for” and “against” and took quite a difficult decision to leave the country. I feel that my situation now can be compared to a grown tree, which I took and transplanted from one place to another, cutting all the roots.”

Russian opposition leader awaits asylum in the Czech Republic for several months. What are his chances to get protection?

“The chance to obtain asylum in my situation big enough. It will be, so be it. I believe in the best. I have learned to find the pros in my situation, for example, meeting wonderful people, well, even the little things you can gather. Of course, all this is a very stressful undertaking. I have experienced an incredible shock. Of course, everything is relative. There are people who have undergone beatings and torture in Russian prisons. There is a fact and is a living example, me dear man Ildar Dading. In a Russian prison he was subjected to torture. Thanks to the media, this situation was resolved, that is, to influence the constitutional court, and the FSIN. Compared to my quiet, well-established family life, for me it had a nervous breakdown. Maybe for someone it’s the little things”.

Forget about Vladimir Luzgin in Russia, or did the officers somehow remind yourself, make it clear that the case is not yet complete?

“In my room already there was a call from the criminal investigation Department, but after FSB it is somehow not serious. I picked up the phone, people imagine what they are from the CID, and was asked to come for an interview. To this I replied to them: don’t you watch the news that I have are not in the country? At this point, local TV channels showed news about what I asked for asylum in the Czech Republic. So, I was invited to the conversation but because both they and I knew my whereabouts, and the conversation took place in humorous. The topic of conversation was shared in the network “Vkontakte”. Of course, I remember. I recently was the news that the human rights center “memorial”, which I am also very grateful amounted to appeal the case to the European court of human rights. This news went to the media, and, therefore, again raised this subject.”