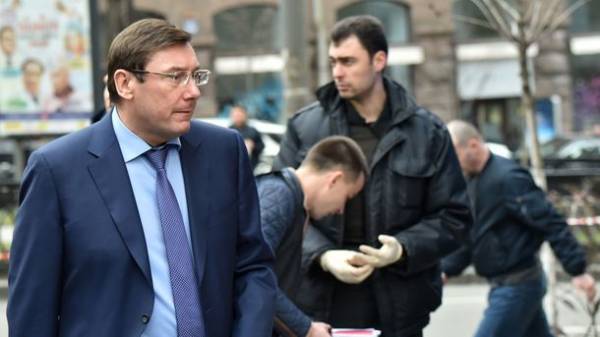 The murder of former Russian Deputy Denis Boronenkov can be found likely “Yarosh”, and will spread information about what a terrible economic offender was deceased as he was a spy for NATO and the FSB. This was stated by the Prosecutor General of Ukraine Yuriy Lutsenko, referring to the Kremlin’s attempts to bring down the Ukrainian justice off the scent.

“Will involve the whole Arsenal of lies to divert us from the obvious conclusion: today in the center of Kiev took place the massacre of a political opponent of the Kremlin, who testified against the Kremlin and against Yanukovych as their servant” – he stressed.