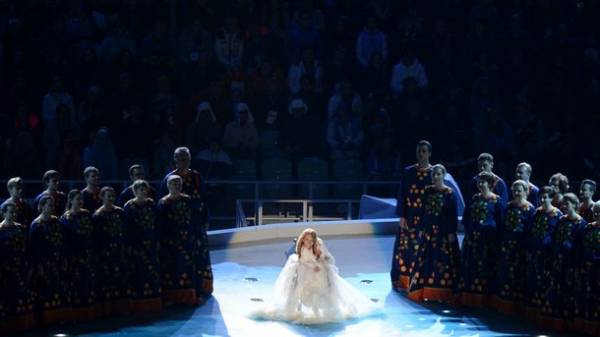 One of the main news of the week came at the weekend when it became known that from the March agenda of the IMF disappeared paragraph about the release of tranches of Ukraine. This decision, according to the Ukrainian authorities, was “a consequence of the need to count the macro for the year, which could change due to the introduction of state of the blockade of Donbass”. The IMF has decided to take a pause to determine the effect of the change in respect of uncontrolled territories.

Then began to appear a variety of predictions of events. The contradictory assumptions expressed in relation to the hryvnia — according to some experts, it can fall to 30 per dollar, and the statements of the national Bank — will not fall.

With regard to the consequences, concerned about the IMF, they seem inevitable. All the Ukrainian authorities are United in the assessment that the blockade would reduce economic growth by approximately 1%. Owing to what the government and Parliament will have to cut expenditure part of the budget — this proposal is now likely waiting for Fund.

MUSICAL RING. The Ukrainian government this week to resolve another crisis around the Eurovision. It began, as you know, due to the fact that Russia without any qualifiers “appointed” to the contest singer Yulia Samoylova, who, as it turned out, in 2015 was a concert in the occupied Crimea. But Samoilov is disabled, and so comes into force the additional moral factor.

Nevertheless, on Wednesday, the SBU announced a ban on entry for Russian singer. The fact that this prohibition did not appear immediately, shows the power of doubt. But still chose this option. The European broadcasting Union, which is the organizer of the Eurovision song contest, said that he respects our laws, but the decision disappointed. Other critical statements from the Europeans was not followed, so the crisis can be considered solved.

By the way, the illegal visit to the Crimea became the cause of yet another scandal this week. At the weekend there has arrived the European delegation of two dozen politicians, including five parliamentarians from Serbia and the Czech Republic. But in this situation SBU responded without hesitation — all five deputies were denied entry into Ukraine at once.

PURSES JOURNALISTS. If external scandals understood, the internal is gaining momentum. Parliament yesterday passed amendments to the law on e-declarations. The day before the society stirred up details that added to the bill in Committee. At a meeting of the people’s Deputy from “popular front” (and former journalist) Tatyana Chernovol suggested the amendment, which would oblige to fill in the electronic Declaration…editors and media owners. And anti-corruption Committee of the Verkhovna Rada of the amendment adopted.

Naturally, the scandal, in which deputies accused of seeking revenge against the media for criticizing politicians.

Journalists recalled that no country in the world that respects freedom of speech, do not look in the purse of a journalist. As a result, the cascade withdrew the amendment, but its image in the eyes of the media, seem to have spoiled the final.

FIRED DEPUTY. Tested in the week a new way of dealing with the deputies, which was a long talk, but which has never been used.

The voters of the former Dneprodzerzhinsk (Kamenskoe now) gathered 1,800 signatures for the resignation of his Deputy in the city Council Yuri Litvinenko, and the Congress of the BPP took the decision, which was later approved by the Commission.

The initiators of resignation of Litvinenko, saying that the Deputy is not engaged in the district. He claims that this is slander. But, anyway, this decision may become a precedent that will be used for the actual control over people’s choices. And
then they might start to think about those who voted for them, not only during elections. Although as a new lever to settle political scores, this method can also apply.

A BLOW TO THE WORKERS. The deputies of the Russian state Duma with its own program. They voted in the second reading the law that bans money transfers from Russia to Ukraine through international payment system. This is a response to the Ukrainian government’s decision to ban the Russian payment systems in Ukraine. Now Ukrainians working in Russia, has lost the legal ways to transfer money to their families. What will be the consequences? Some experts believe that the shortfall of currency from Russia will lead to the depreciation of the hryvnia, while others believe that the workers will find ways to smuggle money in Ukraine, and therefore won’t be a problem or will be short lived.

And at the end of the week an event occurred which eclipsed news of the previous days: for the largest Ukrainian ammunition depot in Balakleya (Kharkiv oblast) explosions occurred, and in Kiev shot the former Deputy of the state Duma of the Russian Federation Denis Boronenkov.