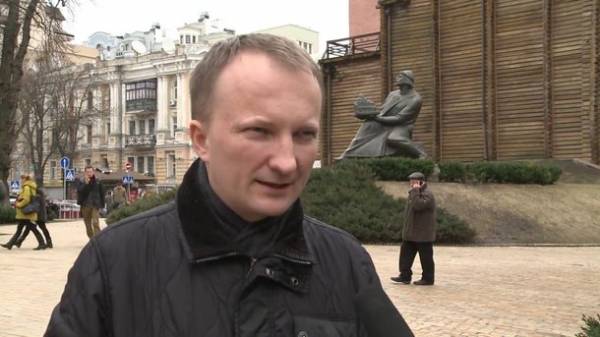 In the center of Kiev today shot and killed ex-Deputy of the state Duma Denis Boronenkov, who in October last year moved from Russia to Ukraine and refused Russian citizenship. President Petro Poroshenko called the killing of a policy of “act of state terrorism by Russia”. Political scientist Alexander paly sure thus Russia once again punished the representative of the political elite, who in their eyes “became a traitor”.

“I am sure 99.9% that it is Russian special services. In Russia there is a tradition if someone from elite moves to another state, especially a hostile, will such “punishment”. All this regularly happens in Russia, we know the example of Litvinenko (the former FSB officer who was killed in London – ed.)”, – says political expert.

In addition, one of the motives for the murder of former MP – his cooperation with law enforcement authorities in Ukraine. So, Denis Boronenkov testified about the illegal annexation of Crimea and against fugitive ex-President Viktor Yanukovych.

“He came and all passed. He was well received in the Kremlin and in Russia he was considered a traitor, so hard and fast reacted. Too bad that in Ukraine there are criminals quietly and wait for orders. It’s so easy to do, although, in principle, we see that there are wounded the killer. It is difficult to prove, as a rule, this is done through third parties”, – said Alexander paly.