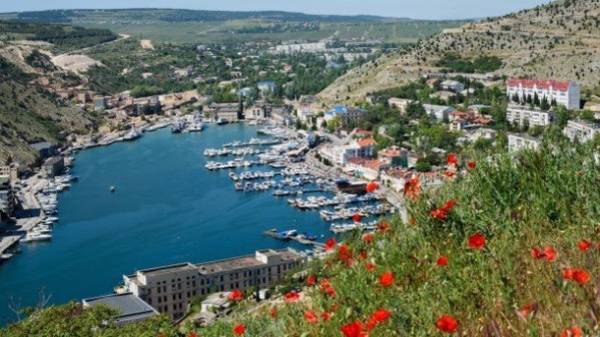 “This project (which is planned to submit to the Parliament – Ed.) in its first part suggests that stops the action of the law on free economic zone of Crimea, and the second part makes some changes to existing legislation. This is about the legal regime in the temporarily occupied territory (law of Ukraine on ensuring the rights and freedoms of citizens and legal regime on the temporarily occupied territory of Ukraine – Ed.)… This in order to expand the legal framework,” said Yusuf Kurkchi.

According to him, this project is the second attempt to deal with the resolution of Cabinet of Ministers No. 1035, which was adopted on the basis of the law on the special economic zone “Crimea”. “It (the law about the special economic zone – Ed.) for the most part regulates economic relations, and another 2-3 articles related to individuals. The economic segment of this regulation does not work, because generally there is no economic relationship. This gives you the confidence you need to cancel or stop the effect of this regulatory act and make changes to the laws that apply are relevant and effective,” – said the Deputy Minister.

According to the official, the new version of the law, the Ministry will submit for the next parliamentary Committee. “There is simplification of procedure of crossing (admingranitsy – Ed.) and transport personal belongings, etc. There is no zoom. The rule, which regulate the amount of those things that a person has the right to carry, there is generally cancelled. We’re not talking about the Customs code, article 270 or 370 that govern it, that is, we are at all overrated. People should have the right to carry their personal belongings. But not in any volume. Can’t people have personal belongings of the two containers? If a person moves, he must declare what items he’s carrying,” explained Yusuf Kurkchi.

We will remind, on December 16 2015, the Cabinet adopted the resolution No. 1035 on the basis of norms of the law of Ukraine about the special economic zone in the Crimea after the blockade of commodity supplies to the Crimea. Government document had to solve the problem of trade with the Crimea. In fact, according to officials of the Ministry of the temporarily occupied territories and human rights activists, the document restricted the rights of individuals to transport personal belongings. According to the Chairman of the Crimean human rights group Olga Skripnik, comes to the absurd: people ban the import of used kettles, drills, microwave ovens, etc.