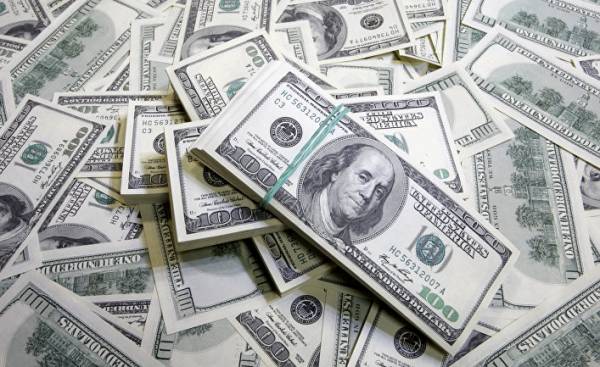 Financial markets seem convinced that the recent surge in business and consumer confidence in the U.S. will soon be reflected in real economic statistics, e.g. GDP growth, business investment, consumption and wages. However, economists and politicians do not fully share this confidence. If these doubts are correct, the consequences will be very serious both for US and for the world economy.

The election of Donald trump President of the United States provoked a surge of positive economic sentiment, as he promised that his administration will aggressively pursue a policy in three areas — deregulation, reduction and tax reform, infrastructure construction. This positive sentiment was strengthened by the presence of a Republican majority in both houses of Congress, because it means that Trump will not have to deal with the crippling political opposition that prevented Barack Obama for much of his presidential term.

Current growth in business and consumer sentiment due to an idea that is deeply ingrained in the American psyche: deregulation and tax cuts always release the transformative power of entrepreneurship that contribute to the growth of the economy. (Outside the U.S., this opinion sometimes looks a lot like just blind faith).

Of course, these sentiments may change in both directions. And if the position of business support, selected a trump that can cause the growth of confidence (perhaps even excessive), the perception that the leader is acting against the business that could lead to the downfall of this belief. And because mood can influence actual behavior, these mood swings can be far-reaching consequences.

In his breakthrough work “the General theory of employment, interest and money” John Maynard Keynes talked about “animal spirit” as “a property of human nature, according to which a significant proportion of our positive activities is determined by the spontaneous optimism rather than mathematical expectations, whether moral, hedonistic or economic”. A good example is Jack Welch, who led General Electric for 20 years: he once declared that many of his major business decisions have been taken solely on the basis of intuition rather than on analytical models or detailed business calculations.

However, moods are not always an accurate measure of real economic development and prospects. According to the Nobel laureate in Economics Robert Shiller, optimism can turn into irrational exuberance if investors raise their valuation of the asset to levels that do not meet the fundamental state of the economy. They are able to support this inflated rating for a long time, but such sentiments are can greatly help companies and the economy.

Yet the rapid reaction of markets to win trump all American stocks several times broke their records — finds no support in the real economic statistics (“hard data”). In addition, the authors of economic forecasts only moderately updated their calculations of economic growth in the upward direction.

It is not surprising that the stock investors reacted to the surge of the spirit animal, trying to get ahead of the probable growth of economic indicators. It’s their business to anticipate developments in the real economy and the corporate sector. In any case, they believe that it will be able to quickly restructure their investment portfolio, if expectations will change.

But can’t do companies that invest in new plants and equipment. They are unlikely to want to change their behavior, not waiting until the application will not be a real policy. However, the longer they wait, the weaker becomes the incentive for economic activity and income growth, and the more consumers have to rely on spending savings to materialize their positive sentiment in the form of real purchases of goods and services.

In this context, the economy is set for compelling graphics of turning policy statements into detailed plans and their consistent implementation. When requires political negotiation and compromise, in such processes, often there are delays, however, due to the selected procedure of political decision-making in such a situation may increase a sense of insecurity. Deciding to start with health care reform (which is always an extremely complex issue in American politics, which inevitably causes discord), the administration trump will lose part of its political capital, and he can she really be useful in the implementation of fiscal reforms, as expected by markets.

Even if the economic charts and there will be some bump, it can not long be maintained without the implementation of the property trump policies aimed at enhancing the long-term performance, for example through the reform of education, various programs of vocational training and retraining of the workforce. Trump administration would also have to abandon the idea of protectionist trade measures, so they can break the “tangle of spaghetti”, which represent the international value chain for producers and consumers.

If the growth in economic confidence in the United States does not find confirmation in the real data, then unjustified expectations about economic growth and corporate profits could cause a decline in sentiment in financial markets, leading to market volatility and decreasing asset prices. In this scenario, the American motor would start to fail, that would be a problem for the global economy, especially if economic difficulties will force the administration trump go to protectionist measures.

The US has a relatively good position to achieve higher economic growth. Moreover, arousing the animal spirits of the economy, the administration of trump laid the Foundation on which the private sector will be able to perform a substantial part of the task of economic recovery. But more must be done. If the administration trump can’t get along with a Congress who is willing to cooperate in order to quickly transform the intentions that motivate the markets in a well-calibrated actions, then the lack of real economic progress will be threatened by the disappearance of confidence. This will lead to problems that are not just restricted to financial volatility.