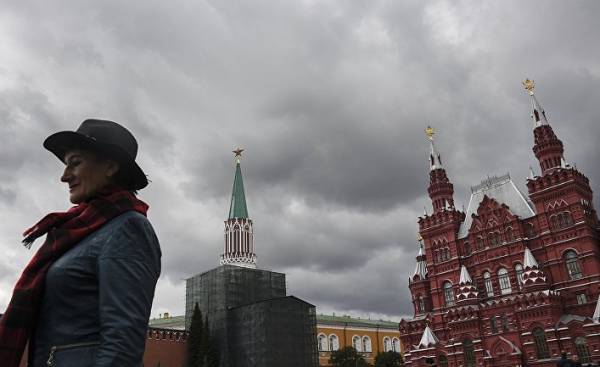 They are based rather on a personal relationship with the head than the official structures. Decisions are made without oversight and are presented not as an occasion for discussion, but as an order. Disagreement is interpreted as a betrayal and leads to retaliation. So the Putin administration and trump compares mark Galeotti, head of the Centre for European security Institute of international relations in Prague and a respected expert on Russia, who was an adviser to the British Ministry of foreign Affairs.

Parlamentní listy: Why and when do you think the European Union and the United States, that is, in the Euro-Atlantic civilization, people have stopped believing the mainstream media, official institutions and traditional political parties? By the way, how deep is this abyss, and what you need to do to it was reduced or disappeared?

Mark Galeotti: This is a difficult question. I believe it was a long process. In a sense, its beginning can be found in the period when the cold war ended. About the simplicity of the worldview of “good versus bad” has only exacerbated this process. It can be linked with the rise of the simple marketing of politicians, and with the proliferation of information sources thanks to the Internet. But we still have political structures that are based on models that arose many years ago, although society is becoming more complex and fragmented. To repair an existing system you need to take a lot of steps. First of all, you need to deal with such issues as political corruption and the lack of direct contact between ordinary people and their representatives in the European Parliament. In the future we need to think about how we can develop democratic politics.

– Whether, for example, Pexit one consequence of this distrust? And by the way, the release of the UK may affect the European Union?

— Pexit, of course, is the product of a crisis of legitimacy. The majority of citizens, though not overwhelming, didn’t want to believe Brussels and their own political and business elites. Instead, people often believe extreme assertions about how much better their lives after leaving the EU. The tragic irony is that most British voters now would prefer to stay in the European Union, but politicians will not dare again to hold a referendum.

How will it change the European Union? Hard to say, but Breaksit will surely put the EU and the professional bureaucrats of the European Commission before the most important choice. I hope that they realize their political will to preserve the political Union of the unchanged at odds with the desires of many Europeans, therefore, have to reform, including often clumsy and poorly functioning institutions. However, I fear that instead, the officials just sigh with relief as the British, who have always been the most ardent opponents of the EU, now will not create problems, and everything will go on as before. If this forecast is justified, it is the arrogance of Brussels, may provoke a new “exity” in the near future.

– You stated that the administration of Donald trump and Vladimir Putin are similar because both are unpredictable. Did you notice any other similarities to these two teams?

— A lot of them. Both administrations are based more on personal relationships with the head, than on formal structures and positions. Decisions in both cases are taken without supervision and are presented not as an occasion for discussion, but as an order. Both teams have a disagreement is interpreted as a betrayal and leads to retaliation. Although between Russia and the United States there are large differences. For example, American institutions remain stronger. And if the White house trump they are able to oppose something, that Russian institutions are not particularly threatened by Putin’s Kremlin.

Whether trump is as big a threat to American democracy?

— Unfortunately, I think the way it is, and not only in the literal sense of the word. First, he and his closest associates (especially his Advisor and ideologue Stephen Bannon) don’t have much respect democratic processes and ideals of the American system. This person is happy that their whims can Lord it over the Executive. The problem is that victory trump also influenced politicians, so we can see how his opponents are also trying to break the rules or gradually to undermine, for example, with leaks from intelligence sources and publications of these materials in the media opposed to trump. If all of this will be included in the rule, I’m afraid, American democracy will suffer a huge loss. On the other hand, I am convinced that she will survive and be improved by going through these tests.

Russian elections are not very different from those held in the Soviet Union. The party “United Russia” won with a large margin, and in the State Duma remained the same four parties that sit there for a long time. When do you think Putin’s regime will run out of steam, and that will serve as the main reason?

— Elections in Russia, whether parliamentary or presidential, it’s a bit of political theater, and any changes they carry. I think that while Putin is in power, no solid opposition movements will not appear. So let’s wait for Putin: when will he resign, die or, most likely, will be overthrown in a coup organized by some political elites. If one of the most influential groups will do it, so Putin was dangerous for her, or because he’s dragging the country into war, either because of economic stagnation, increasing the risk of unrest. However, to implement such scenarios are still very far away.

– The outgoing Secretary of state for European Affairs, tomáš Prouza said in an interview with CNN that the dissemination of false information and Russian propaganda is the most serious threat that Europe has faced since the 30-ies of the last century. Do you agree with this opinion?

Is the problem, but I don’t consider it such a serious threat, which it saw many. Often the dissemination of false information — is more a reflection of reality, rather than the cause of the crisis of legitimacy that engulfed the West. Honestly, I think that corruption and political apathy are much more serious problems.

– How often do you encounter Russian propaganda, and how you saved?

— Of course, in the process of studying and learning Russian propaganda can not be avoided. On the contrary, I encounter it more and more often, and it is a powerful tool of influence. However, official sources in the state-controlled media and in those media, for which the state is affected, not all propaganda. In addition, there are a lot of great and serious journalists who are published in print and online. By the way, the same applies to anti-Russian propaganda. The task of the researcher is to recognize both sides and filter out lies, distorted facts and exaggerations. Nevertheless, over them also should think to get to the essence of what I wanted to convey their authors. I try not to allow propaganda to influence my views, but I want my mind remained receptive, because not all that say the Russians, is a lie, and just not all that claims the West, though.