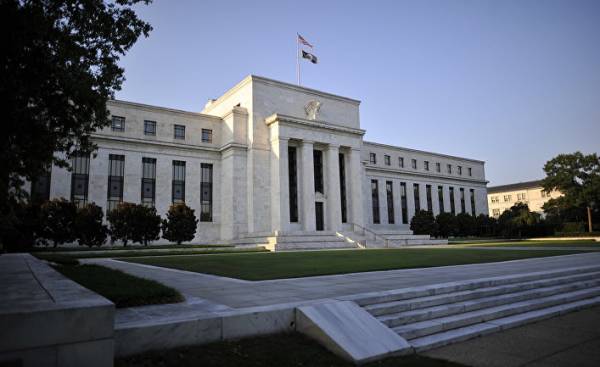 Carefully raising the key interest rate by 0.25% on Wednesday, March 15, the Federal reserve continued to increase its balance — very thoroughly — buying for cash a huge number of assets to appease traders.
Only for those two weeks that preceded the rise of interest Federal funds rate (the interest rate at which US banks lend their excess reserves for short periods to other banks) to 0.75-1.0% of the volume of “new” liquidity amounted to 115.5 billion.

If this was done in order to cause public confusion, then this mission can be considered fulfilled. Just look at the headlines, trying to figure out how the market can react to “tighter credit policy”, and the inconsistent comments of experts speculating on the preferred date of payment and categories of assets, while the fed continues to gradually phase out policy available and cheap credit.

But the audience has changed. The impression is that all the known “experts fed”, receiving six – and seven-figure annual compensation, was fired, because now, as I think the simpletons, the fed dedicates them to all of the details of his methods of “manual forward market.”

The essence of this “leadership”, according to statements by the fed right now boils down to this: the fed intends to “normalize” extremely bloated balance sheet and negative real interest rates along the curve of income affecting the ten-year Treasury securities.

However, this contradicts the fact that currently the fed is doing. For example, those 267 billion that the fed added to its balance sheet since mid-January, account for a third of her last “normal” monthly average balance of funds in the amount of 820 billion dollars before the financial crisis of 2008. As a result of significant growth of liquidity in the past two months, the monetary base of the fed amounted to 3.9 trillion dollars, nearly reached the record level witnessed in August 2014.

What about the process of normalization are we talking about? These figures point to the enormous new round of quantitative easing, which completely “miss” — but I love the financial markets.

The fed also is another trick: it increases the amount of money in circulation while increasing their cost. The impression that the value of money is no longer determined by supply and demand. But the fed does it: last week she increased the actual interest rate at which banks lend to each other from 0.66% to 0.9%, despite the fact that since the beginning of March, excess reserves of the banking sector increased by 115 billion dollars, reaching an incredibly high level of $ 2.2 trillion.

Now tell me, who you gonna believe, me or your own eyes?

Meanwhile, the fed continues to conjure. The increase in interest rates last week due to the fact that “the economy is going well” and the level of inflation consistent with the target indicators.

Competent “fed expert” said, the economy is going well? You mean the economy, whose growth last year slowed to 1.6% from 2.6% in 2015? Or the fed embraced the enthusiasm of 1.9% growth in the fourth quarter — a sharp drop compared with 3.5% in the third quarter — because it’s more miserable 1.5% growth potential the U.S. economy without inflation?

Maybe the fed sees a great potential in slowing the growth of incomes after taxes and adjusted for inflation?

This variable income is the basis of three quarters of the us economy (consumer spending and investment in housing), but its growth last year slowed to 2.8%, well below the 3.5% growth in 2015.

How about jobs? Yes, in this respect, we achieved decent progress, but we still need to provide 14.9 million persons (9.4 percent of the population) with a stable job. And almost 40% of the civilian labor force is now outside the labour market. Obviously, President trump is counting on training in the German style, which will allow these people to return to work, however it is a very long project, which still remains only on paper.

And have we already forgotten about the promised “significant tax cuts for the middle class, the largest since the Reagan administration”?

Maybe not yet, but it is unclear how the additional income from taxes for the rich, and the expected acceleration of economic growth will help to Finance tax cuts for the middle class. Obviously, the White house wants to be neutral for the budget deficit and government spending redistributes accordingly. That is as it should be, because the US cannot afford the soaring budget deficit. Let me remind you that we need to increase the primary budget surplus to 3-4% of GDP (the current deficit of 1% of GDP) and keep it at this level for many years to stop and reverse the growth of government debt, which now stands at 20 trillion dollars.

However, the real picture of inflation is becoming visible if you look at the structure of unit labour costs, i.e. labour costs, less productivity — because they are the basis of any of the medium-term inflation forecasts. Last year’s steady growth of demand for labor led to higher annual growth rate of remuneration to 2.9%. This led to increasing unit labor costs by 2.7% due to slight growth of labor productivity by 0.2%.

Here it is possible to note immediately two things. First, we need to increase the number and quality (i.e. performance) of the working population to lower the cost per unit of output. Secondly, the fed is completely powerless, because this is the area of labour, education, trade policy and policies in the health sector.

I believe that strange and not very intelligent actions of the fed should be seen as a laudable attempt to help the new administration to develop an acceptable fiscal, structural and trade policies in an atmosphere of orderly financial markets, confidence of the population in the future and optimism in the ranks of the business community.

However, the fed should explain clearly to the legislative and Executive branches of government, which — at this point of the business cycle — it is very important to focus on price stability. The white house and Congress should do its part of the agreement because of any failure in the fight against inflation will immediately jeopardize the prospects for economic growth.

The high activity of the economic policy of the administration trump is very good. However, it should not slow down the pace to provide a solid basis for the functioning of the market.

One step in this direction was taken last week. Washington used the visit of the German delegation to clarify its trade policy — free, but fair — where “justice” is understood as a refusal to tolerate excessive and systematic surplus in the trade balance resulting from unacceptable (in the spirit of “beggar thy neighbor”) economic policy. This is what wrote John Maynard Keynes (John Maynard Keynes) in the Articles of agreement of the International monetary Fund at Bretton woods in 1944.

Washington might want to “fix” this as the mandatory application of the rules on the platform for coherence in international economic policy during the summit Big twenty, which will be held in Hamburg in July.

Meanwhile, we need to coordinate policy in the United States. The U.S. economy, financial markets and the dollar are in need of monetary, fiscal, structural and trade policy elements were agreed upon.

This will allow the fed to revise their methods of “manual forward market” to protect its credibility. If you do, these strange measures, like the increase of money in circulation and the simultaneous increase of their cost, are simply not needed. 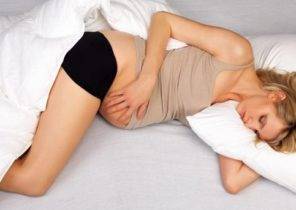