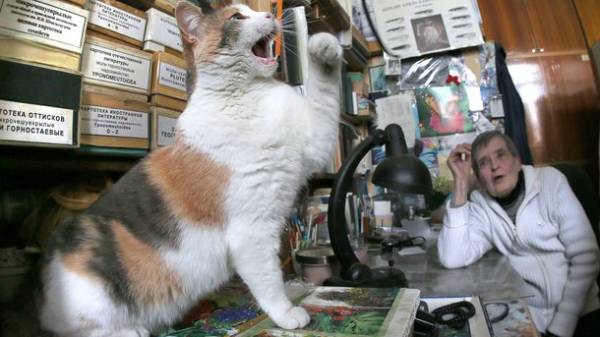 In the labor market new trends now jobs are not only for people but also for animals. So, Lviv literary-memorial Museum of Ivan Franko is ready to hire the cat for the position of mascot. But any cat will not work. The Museum for mustache applicant put forward strict requirements, which they published online.

Candidate for the position of mascot should be a red male at the age of 6-8 months exactly and I was a famous writer. In addition, among the mandatory benefits: “Lack of criminal record and criminal intent, neatness, adherence to ethical standards.” But the “friendly attitude towards visitors, understanding of Museum life and topical issues of franquette, knowledge of foreign languages, knowledge of the basic principles of the philosophy of life of a cat, ready to catch mice and do overtime”, as they say in the Museum’s administration would be an advantage when considering summary.

The Museum, in its turn, is ready to take the ginger the full software and even to make him the veterinary certificate, if necessary. “Ivan Franko these animals had a special meaning. Therefore, the “other scientists” have become a symbol of the Museum” — say in the Museum, noting that proposals have already received a lot and now employees will have a difficult choice. 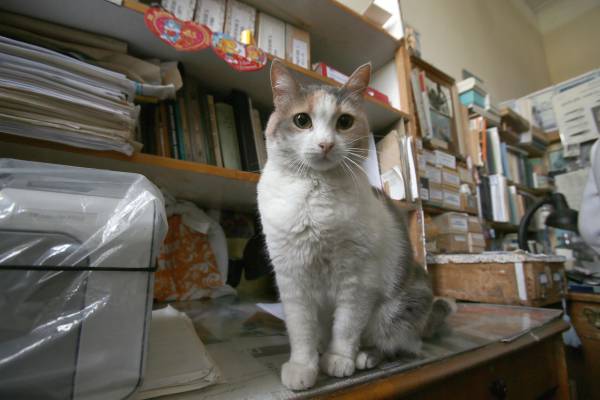 The house of Franco is not the only state institution, which welcomes the caudate employees. For almost six years in the Institute of Zoology in the centre of Kiev lives and works scientific cat Squirrel. “She used to academic councils, and is now absent, was scientific Secretary of the Institute Victoria Ivanova. — We took another red mongrel Fly. Fattened, and now she greets visitors in the courtyard of the Institute of playful bark.”

In the Metropolitan Museum “St. Andrew’s Church” live your mascot — the cat Murka, which, despite the reconstruction of the building, continues to carry the workload. “It’s a hereditary and took the place of his mother, who lived with us in the 2000s. the Cat settled under the porch and before the reconstruction, each morning, was brought under door-mice. Even once mole brought, — told us head of the Museum Lina Yanchenko. — When work began, we tried several times to take her, but there it was — Murka twice broke the cage and escaped. Now it is known and fed saleswoman gifts and our guards, with which she every evening doing the rounds of the building runs ahead with a raised tail.” 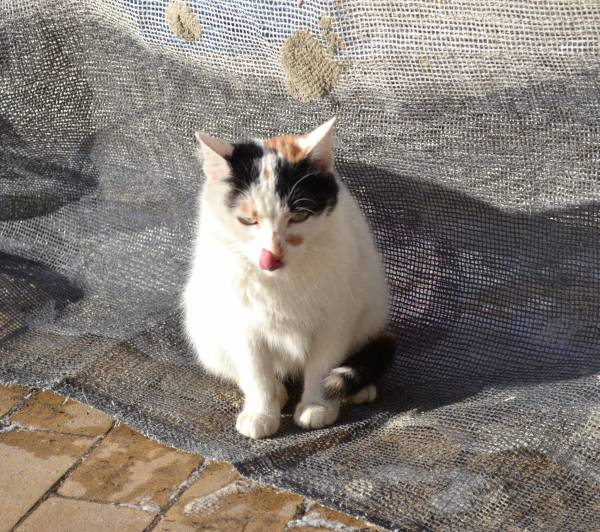 In the reserve “Sophia of Kyiv” is also welcome Pets. “We have a family of hedgehogs, and before we lived weasel, which is constantly gnawed cables, — told us the Deputy Director of the reserve Vadim Kirilenko. — And we have a family of ravens. They are very capricious: for example, if one of them breaks and smashes it on the ground myself a nut, we all know that it is impossible to match it — the bird will remember and can then raskolnichih”.

Cat mayor cat-sir. By the way, to have furry mascots in state institutions — old tradition, and abroad. For example the popular favorite of British gray cat Larry — chief Mouser seat of government of the United Kingdom. By the way, this is the official position akin to the Prime Minister that the cat is in the building on Downing street, 10, 1929. Then from the British Treasury for the maintenance of the cat began to devote a penny a day, and in our days the chief Mouser costs the Treasury £ 100 per year (3300 UAH).

A very happy St Patrick’s Day to you all, but especially to my Irish cousin, O Larry: pic.twitter.com/m1JUlHldNw

Generally tailed Pets in old buildings often give birth with the aim of catching rats and mice. We need only recall the famous Hermitage cats, which in 2016, the authoritative British newspaper Telegraph has included in the list of attractions to see. And here in the US — just two cats-mayor: tailed Freddy is the mascot of the town of Sharon in Wisconsin, and fluffy Stubbs is the honorary mayor of the area Talkeetna, Alaska