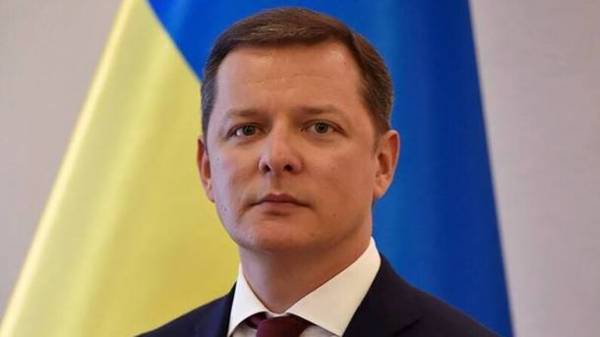 At least 150 Ukrainian MPs have double, triple and even quintuple citizenship. The President of Ukraine Petro Poroshenko introduced to the Verkhovna Rada the urgent bill on responsibility for it, but it blocks the Verkhovna Rada Committee on human rights, national minorities and interethnic relations, which is headed by Hryhoriy Nemyria (“homeland”). This was stated by the leader of the Radical party Oleg Lyashko.

“Last week they received him not. And without the conclusion of the Committee paruby (speaker of the Parliament. – Ed.) refuses to put him in the hall. Why? Because at least 150 deputies sitting with a double, triple, quintuple nationality,” – said Lyashko.

At the same time, the leader of the Radical party believes that dual citizenship should be banned only to officials, not ordinary Ukrainians.

“When the Deputy Minister, public official, there are several passports, they must answer for it. To lay down the mandate, to dismiss from civil service. And ordinary Ukrainians can’t touch,” he said.

We will remind, on March 13, the President of Ukraine introduced to the Verkhovna Rada as urgent the bill on amendments to the Law “On citizenship of Ukraine” regarding the change of nationality.