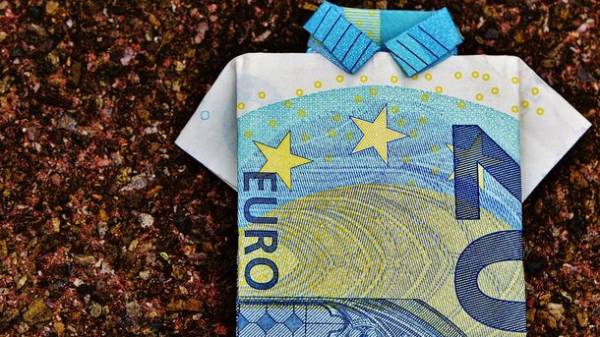 Ukraine will receive the second tranche of macro-financial assistance from EU in the amount of 600 million euros without any additional conditions. He stated Vice-President of the European Commission Valdis Dombrovskis.

“The decision of the second tranche is taken. If you want, it is final. Ukraine can count on the second tranche in the amount of 600 million euros. It’s decided,” – said Dombrovskis, supposedly refuting the existence of additional requirements in order for Ukraine to receive the money.

Vice-President of the EC stressed that Kiev has fulfilled all conditions for the second tranche, which is reflected in the Memorandum of understanding (MOU). However, he drew attention to the fact that Brussels “is the space as to which the tranche applies certain conditions”.

“In the case of the second tranche the conditions for his release were completed. In addressing the question of the abolition of the ban on the export of timber is already some progress – the relevant bill was registered in Parliament. The EU has room to manoeuvre, and when we see that there has been significant progress in all spheres, the question, work in progress, may not be the reason why we would not have allocated to this tranche,” – said Dombrovskis.

Vice-President of the EC also pointed to the fact that the issue of the ban on the export of timber still needs to be settled in the context of the third tranche.

Answering the question of why the issue of timber has become so important for the European Commission, Dombrovskis noted that one of the conditions for macro-financial assistance program is a condition “not to impose new trade restrictive measures, which is not deep and comprehensive free trade area, whose creation is envisaged by the Association Agreement between the EU and Ukraine.”

“When we signed the Association Agreement, by providing for the establishment of a deep and comprehensive free trade area with Ukraine, one of the points to provide macro-financial assistance was that the new restrictive trade measures will not be imposed. We discussed this issue after the moratorium was introduced. In February the draft law on the abolition of the ban was sent to Parliament, and we therefore believe that in this condition there is progress. We received assurances from the President and from the government that the Ukrainian side will try to make further progress on this issue fairly quickly,” he detailed it.

We will remind, on March 16, the European Commission previously approved the allocation of 600 million Euro macro-financial assistance to Ukraine.

Cancel another famous moratorium on sale of agricultural land, is one of the essential requirements Mezhdunarodnogo monetary Fund. As a result, in March 2017, the government of Ukraine expects to receive from the IMF of the next credit tranche in the amount of one billion U.S. dollars.