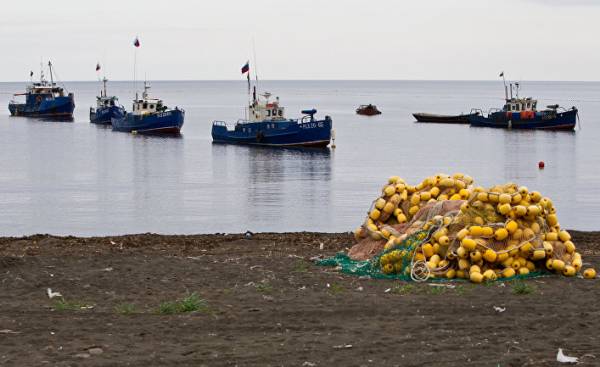 March 18, the governments of Japan and Russia held in Tokyo the first official consultations on joint economic activities on the “Northern territories”. The Japanese side proposed to organize a fish farm, as well as cruises that can cause the interest of Russia. The strategy is to concretize ideas and to prepare the environment for territorial negotiations. However, the Russian side does not change its tough stance on the territorial problem. Therefore, we can assume that the upcoming negotiations will proceed smoothly.

The first consultations began with greetings, which from the beginning has illustrated the difference in approaches of both countries.

“Based on the principle of respect for the legitimate positions of both countries, we want to move towards a common goal, and that is the signing of the peace Treaty,” Deputy foreign Minister of Japan Takeo Akiba (Akiba Takeo) made the emphasis on the word “both,” however, the Deputy Minister of foreign Affairs of Russia Igor Morgulov said: “Joint activities must be carried out with the condition that it would not contradict Russian law”.

The idea of a joint Russian-Japanese economic activity on the “Northern territories” for many years it appeared and then disappeared… the Problem of sovereignty have always prevented its implementation. “The Northern territory” is originally the Japanese island. Impossible to accept that the Japanese companies and citizens will be applicable Russian laws.

The wall was overcome only thanks to the fact that the parties have come together to create a “special system”, which will not hurt the legitimate positions of both sides. However, during the first consultations, the representatives of Russia and Japan did not take adequate time to discussing a “special system”, which should form the basis of joint business activity.

The Japanese foreign Ministry said: “First, you must submit a plan that will satisfy both Russia and Japan, and then to discuss the issue of legislation.”

The enthusiasm of the Japanese side in respect of the development of the negotiations discerned and presented business proposals. They are based on projects that can be implemented in sea regions near the four Northern Islands. Projects that could be implemented on the four Islands, no. If you start implementing the ideas in the Islands, immediately will Mature a conflict of sovereignty: the police force, judiciary and so on. The Japanese authorities considered that it will lengthen the negotiation process.

In this regard, they introduced an attractive plan to meet the needs of the Russian side.

For example, the project of sea cruises, which will be implemented jointly by Russian and Japanese companies. The ecological system of the Northern territories close to the Shiretoko Peninsula included in the List of UNESCO world heritage. They can be attractive from the point of view of tourism. To begin with, was the proposed route of the inspection from the sea without landing on the island in order not to irritate the Russian side.

Also proposed a draft provision of services to remote medicine: residents of the four Islands will be able to consult Japanese doctors. In addition, to discuss the Kuril cooperation between medical institutions and hospitals as well as universities of Hokkaido.

Also, the Japanese side proposed that the joint management processing plants for salmon and marine farms for the cultivation of scallops, sea urchins, abalone and so on. After consulting the assistant to the Prime Minister of Japan eiichi Hasegawa (Hasegawa Eiichi) told reporters: “There are many areas in which the views of Russia and Japan coincide with the fishing industry, medicine and tourism”.

The Russian side, in turn, proposed to build jointly with Japan by the efforts of new houses for the inhabitants of the Islands as the southern Kuriles many old buildings. The Russian government has long promised the islanders to improve their living conditions. Apparently, it is counting on Japanese capital and technology.

Also Russia and Japan have agreed to start flights for those Japanese who want to visit the graves of their ancestors on the Islands. According to representatives of the Japanese foreign Ministry, the Agency this year wants to make a free visit to the graves. In addition, preparations for the visit of the Prime Minister of Japan shinzō Abe to Russia, to be held in late April of this year. Premier plans to negotiate a free visit in the course of this summit.

However, one of the government officials feared the following: “What is the special system? If you conduct a discussion without touching the issues of sovereignty, in the end, Russia will be in a better position.” It is unclear as to joint business activities will be key to the development of territorial negotiations, on hopes that the Japanese side.

The proposals of Russia and Japan concerning the joint activity:

• Cruises around the four Northern Islands

• Joint research in the field of nature protection

• The construction of new homes and the modernization of old 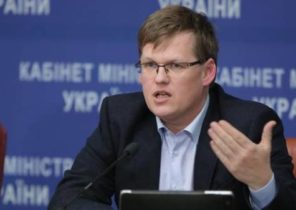