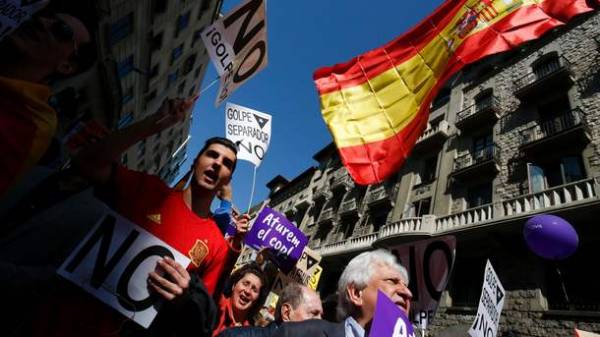 The action organized by the activists of the “Civil society of Catalonia”, held under the slogan “For freedom, democracy and coexistence.”

The route of the procession lay through the town centre to the area on which the building is located the Catalan Parliament.

According to the head of the “Civil society of Catalonia” Jose Domingo, the event was organized to resist separatist movements and to stop “institutional coup”.

As reported, on February 14, Spain’s constitutional court annulled the resolution of the regional Parliament of Catalonia, which included the possibility of holding a referendum on the independence of Catalonia.