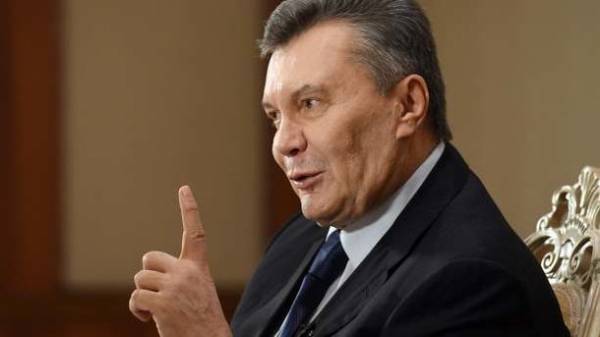 Ukrainian authorities do not conduct any case of corruption of ex-President Viktor Yanukovych. This was at the ZIK TV channel was declared by the Chairman of Transparency International josé Faded.

In your organization wondering why in Ukraine is not investigated cases against Yanukovych’s entourage.

“In Ukraine there is a lack of results on some landmark cases this is recognized by the international community. In particular, the level of corruption in Ukraine remains high. Besides, I don’t understand how against former President Yanukovych against other famous people who were involved in corruption, in your state, there is no one corruption case,” said Faded.

According to him, if we can condemn the former President for treason, and corruption it will go easier.

“Today the attorney General (Yuriy Lutsenko – ed.) told me that V. Yanukovych still there is a case of treason. So if this thing goes well, then the appropriate authorities will be easier to bring him to criminal responsibility for corruption”, – said the representative of Transparency International.

He noted that in Ukraine, spoke about some 30 corruption cases against Yanukovych, but in fact was not one.

“We found out that now, against the former President of Ukraine Viktor Yanukovych in Ukraine there is no case. And it’s hard for me to understand, but people should know what is happening and how is the investigation. Therefore, I hope that soon we will be able to see at least some judicial decision against Yanukovych,” – added Faded.