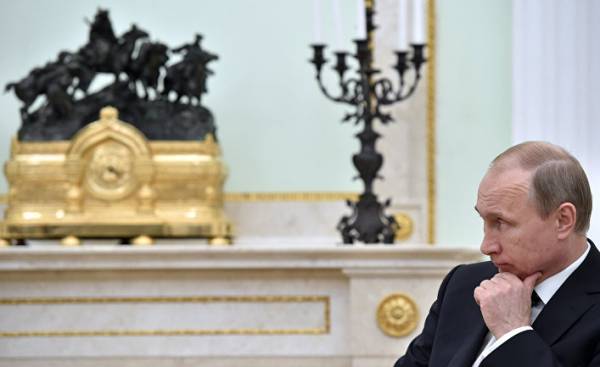 Exo — What’s going on in the mind of Putin? Interesting question, about which a lot of thought, journalist and writer Stig Fredrickson (Stig Fredrikson). This week he stopped in Exo.

“I want to try to explain who Putin is and what he wants”, — says the expert on Russia, who in 1970-e years was a correspondent in Moscow.

To hear him gathered the members of the club, Inner Wheel and Exo both urban rotary clubs, but we managed to talk to him a few hours before.

“Vladimir Putin runs Russia for 16 years. Domestic policy is characterized by greater oppression and less freedom. In addition, we see the growing and external voltage, and Russia is increasingly aggressive, especially against the Western world”.

Not planning to attack

Smålandsdagblad: How much we need to fear Russia?

Stig Fredrickson: We need very to remain vigilant, as does Putin, and strengthen our defenses. Russia is developing their defense, they are flying in Swedish airspace, but the situation is not that Putin is going to attack Sweden. However, we can be drawn into a possible conflict in the Baltic States, e.g. in Estonia or Latvia.

— How must the Western world?

— He understands only the strong rhetoric, is necessary to meet the torsional stiffness, because Putin seeks out vulnerable points and attacks there.

To understand his actions, need to see what motivates them, says Stig Fredrickson.

Putin was strongly influenced by the service of a KGB officer, and it will remain forever. He has no democratic instincts, he ruled, took control of the whole society. The imprint he put on and childhood in Leningrad 1950-ies. The family was poor, father was a war invalid, and Putin had a lot to do that. He lived on the streets and fought a lot. He was small in stature, and this too affected him, causing a constant need to assert himself and to seek revenge.

— Do nothing that would threaten his position?

— He’s very good skill to pick up a loyal staff. They got rich, and so they have no interest to change the situation. What is significant opposition remained.

Next year in Russia will hold a presidential election. Very likely, says Fredrickson that Putin will remain in place.

— For the Russian leader, 65 years of age. He wants to sit on the post as long as possible. The annexation of Crimea has made him popular among the people, and he very skillfully using propaganda on television shows himself strong and energetic person. Impresses people this way, and it’s important to him, given the fact that Russia’s economy was deteriorating due to the fall in oil prices.

— What he thinks about trump?

— He lays great hopes on him. I am convinced that Russia was involved in the campaign which resulted in victory for trump. The question is what Putin wants in return.

The Stig Fredrickson has its own theory. He believes that Putin hopes to the statement of the President of the United States that Crimea always belonged to Russia and that Ukraine is in the interests of Russia, where neither the US nor NATO should not intervene.

— What they have in common?

— They are incredibly interested in their power, they put their own nation first, and spit on international cooperation. And when they met, the first meeting will be extremely important. Putin is cold-blooded, intelligent and he has extensive experience of the political game. The interlocutors he would have people with absolutely no political experience, the result is unpredictable.

— Do you think we are moving to a better or to a more unstable world?

— It’s hard to look hopefully to the clear division that has emerged in Europe. The EU must try to survive. In unity is our strength, especially economic ones, against the weaker in this respect Russia. 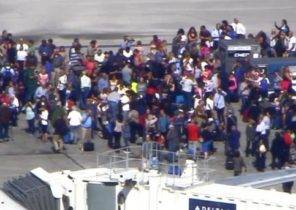