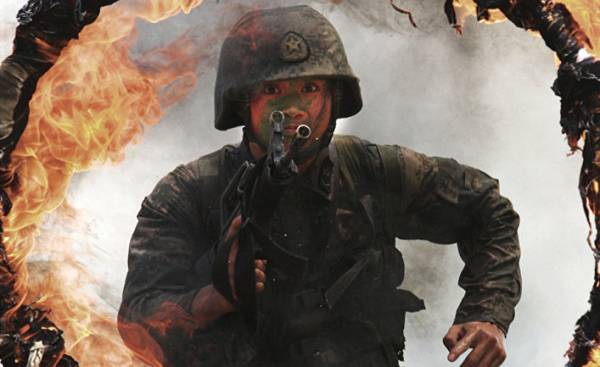 New Delhi — The more power China has accumulated, the harder it tries to achieve its foreign policy goals of the bluff, empty threats and blatant pressure. But amid the continuing standoff with Indian army on the Himalayan border, have become increasingly apparent limits of such tactics.

The current conflict began in mid-June, when Bhutan, the closest ally of India, found that people’s liberation army is trying to build a road through Darlam, a high plateau in the Himalayas that belongs to Bhutan, but which is claimed by China. India is the guarantor of the security of tiny Bhutan, therefore, immediately sent troops and equipment to stop the construction, saying that the road towering over the place where it joins Tibet, Bhutan and Indian state of Sikkim, could threaten its own security.

Since then, the Chinese leadership almost daily makes India warning with a demand to withdraw troops, threatening otherwise to military retaliation. The Ministry of defense of China has threatened to teach India “a bitter lesson” and promised that the conflict will cause the country “much more damage” than the Sino-Indian war of 1962 when China invaded India during the border dispute in the Himalayas, and for several weeks have caused serious damage. Meanwhile, the Ministry of foreign Affairs of China has issued a hurricane of angry statements intended to intimidate India and get her to obey.

Despite all this, the government of India headed by Prime Minister Narendra modi keeps his cool, refusing to respond to the Chinese threat, and the more to withdraw. The militaristic rhetoric of China continues unabated, but brighter is showing its true face. It is now clear that China is trying to use psychological weapon to achieve its strategic objectives — “winning without fighting”, as recommended by even the ancient Chinese military theorist sun Tzu.

China waging psychological warfare against India, mainly with the help of a disinformation campaign to manipulate the media. He is trying to represent India — a disorganized democracy with poor public diplomacy — an aggressor, and China is the injured party. Chinese state media for several weeks enthusiastically criticize India. In addition, China is a “legal war”, selectively referring to one of the agreements of the colonial era, while ignoring their own violations dvustoronnikh more recent agreements, have declared Bhutan, and India.

In the early days China was in a winning position due to a psychological blitzkrieg. But when the statements and tactics of China were subjected to more rigorous analysis, the chosen approach was to bring fewer results. Moreover, China’s attempts to portray itself as a victim within the country (claiming that Indian troops had illegally intruded into Chinese territory and remain on it until now) discredited themselves and provoked nationalist discontent with the failure of the authorities to expel the invaders.

As a result, the image of President XI Jinping as commander in chief, and at the same time aware of the regional dominance of China has been threatened, and in just a few months before critical of the XIX national Congress of the Communist party of China. It is difficult to imagine how XI Jinping will be able to get out of this situation.

Despite the overall military superiority of China, he is unlikely to have the ability strongly to defeat India in the Himalayan war, as the border of India very well fortified. Even in local skirmishes in the region of three borders, China will not be able to dominate, because the Indian army controls the heights and has a higher density of troops. If after such military clashes, China will end up with a broken nose, and this has happened in the area in 1967, at the upcoming party Congress, XI Jinping will have a serious problem.

But even without actual conflict China faces a losing streak. His confrontational tactics to force India, geopolitically most important of the non-aligned States in Asia to join the US camp, the main global rival China. In addition, China may undermine its own commercial interests in India, the largest economy with the fastest growth rates in the world, which also monitors vital for China the route of energy imports.

The Minister of foreign Affairs of India Sushma Swaraj has already hinted at the possibility of introducing economic sanctions, if China, whose annual surplus in trade with India amounts to almost $ 60 billion, will continue to violate peace in the border country. To sum up, China calls for an unconditional withdrawal of Indian troops a condition for ending the conflict, and India at the past decade regular attack China, insists that the border is a prerequisite for the development of bilateral ties.

In such circumstances, XI Jinping would be wise if I tried to enlist the support of India in search of a compromise that will end this crisis and save the person. The longer this confrontation lasts, the more it will hurt so carefully cultivated the image of a powerful leader XI Jinping and also the image of China as the Asian hegemon. All this may undermine popular support for the regime and China’s influence on neighboring countries.

This conflict has become an important lesson for other Asian countries that are trying to resist Chinese pressure. For example, recently China has threatened to launch military action against Vietnamese bases in the disputed Spratly Islands, forcing the Vietnamese government to stop drilling gas wells on the border of the exclusive economic zone of China in the South China sea.

While China shows no willingness to change their approach. Some experts even believe that soon the country will go to a “military operation small scale” to oust the Indian troops now in the territory claimed by China. However, it is unlikely that such attack would bring China any benefits, and especially to change the territorial status quo in the area of three borders. And of course, it will not give China the opportunity to resume work on the road, he wanted to build. This dream obviously died in that moment, when India called China threat a bluff.