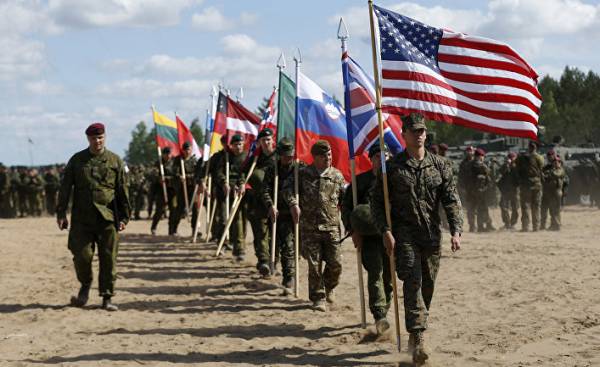 The terrain South of Lithuania is very smooth. Not visible even small hills.

Farmer Ludvikus, Machanskis (Ludvikas Mačiunskas) walking on the edge of the field and district. Besides a few private houses could be seen only fields and small areas of woodland between them. One oak here, another there.

No one here walks. Very quiet.

“The situation is such that I do not think the war is something impossible,” says Machanskis.

Machanskis says so, because he knows that his fields are part of the main line of defence of the Baltic States. His plot is located in the village Avicii, near the border of Poland and Lithuania, the so-called Suvalki corridor.

Suvalki corridor is located between Belarus and Russia’s Kaliningrad and is approximately one hundred kilometers in width. It is the only land route of communication of the Baltic States with other NATO countries.

The vulnerability of this territory since the beginning of this year has once again become a hot topic because Russia is soon going to conduct together with the Belarus military exercises “West” on its Western borders. In 2013 in the course of those exercises practiced and the overlap of Suvalki corridor.

The President of Lithuania Dalia Grybauskaite (Dalia Grybauskaitė) in February directly said that the exercises “West-2017” concerned about Lithuania because the country’s borders will be placed a large number of troops, “which obviously preparing for war with the West.”

Concern and adds to the state of relations between Russia and Belarus, which have recently escalated.

Machanskis, knows all about this.

“Securing this site is a big problem. The fact that Russia is a threat, you know, all sensible people,” he says.

“Russia demonstrates its strength. You need to prepare for that war games are not only games”.

Machanskis stops to explore the main building of their possessions. He is a farmer in the fourth generation. During the Soviet occupation, his family was transferred to the land of white. Later the land had to be transferred to the farm, but Machanskis got them back after Lithuania became independent.

“Yesterday I was visiting a friend who lives nearby. His parents were exiled to Siberia, where he was born. He told me about his weapon, and added that now it is so easily done”.

When you go from the realm of Machanskis to the border of Poland, the landscape becomes more hilly. The narrow road curves in accordance with the landscape. Sometimes she climbs up on small hills. The main transportation on weekdays are trucks.

No natural barriers to movement, as in the field of Machanskis. Here an army could pass easily enough.

“In 2013, the teachings of the “West” showed that the overlap of Suvalki corridor does not take much time. Defense corridor — a difficult task,” says researcher Giedrius Chesnais (Giedrius Česnakas) from Vytautas Magnus University.

Russia may, if desired, to close all the airspace of the territory using the system in California.

“So I well understand why US troops close enough,” he says.

In November in the Polish town of Orzysz, about a hundred kilometers from the Lithuanian border will be placed around a thousand American soldiers.

The deployment of us troops in Orzysz — first of all, a warning. They remind that a possible attack would automatically make of US combatants. Many professionals find it comforting. In theory, the impact could even lead to the third world.

Russia has condemned the deployment of us troops so close to the border. According to the Kremlin, talk about the threat from Russia is ridiculous.

Many local, however, so much concerned that even the battalions of NATO and support NATO, declared at the session of Congress U.S. President Donald trump (Donald Trump), are unable to calm them. The speech sounded from the Kremlin, only reinforce these fears.

Anxiety is present and in the words of the Polish Suwalki students of the University.

“Most, probably, think that the troops will be too far away if anything happens,” says the student, introduced himself as Lucas (Łukasz) of the armed forces, which will be located at a distance of 100 kilometers.

“I worry all the time, Russia is very dangerous. Its leadership is unpredictable. After Vladimir Putin invaded Ukraine”, — said Pilecka Veronica (Weronika Przyłęcka).

In Poland there are people who have not even thought about the situation.

“Own problems”, says Sinkevich Darek (Darek Sinkiewicz), walking along the main street of the city.

In Lithuania it is almost impossible to find anyone who has not heard about the Russian threat. Politicians talk a lot about Russia, it is the main topic of discussion in the media.

This is partly due to the location of the country. On the other side of the border is Kaliningrad, where Russia has deployed tactical weapons. It, however, is the position of the government. Informing both the international community and its own citizens about the actions of Russia is the main component of national defense.

“One explanation is that, for example, that in Lithuania, unlike Latvia, there is no large Russian-speaking minority. Therefore, in the political sense on these topics to say much easier,” explains researcher Chesnais (Česnakas).

The result of this was two things. First, not objected to the rapid increase in the military budget to the NATO required 2% of GDP. Second, every Lithuanian had to reflect on the situation.

He, along with his wife Bagdonas Neringa (Neringa Bagdonas) puts bags of food in the car in the Parking lot of Kaufland hypermarket in suwałki. Food in Poland is so much cheaper that it makes sense every Sunday to go to the store, located 70 kilometers from home.

“I just don’t understand why NATO and the Americans will not post here as many troops as necessary to protect this area,” says Bagdonas.

Many Lithuanians say that they are afraid of even thought about the escape routes in the event of war.

There are, however, those who constant talk about Russia cast doubt. But they do not mind increasing defense spending.

“Someone wants us to be constantly in a state of anxiety. Politicians are saying about Russia, to divert attention from domestic problems,” says 50-year-old Mecislovas (Mečislovas).

He smokes with two friends in the centre of Druskininkai. Druskininkai — old Lithuanian resort town near the border with Belarus. Its center is a mixture of converted into boarding houses carved cottages and large resort buildings of the Soviet era.

“It changes nothing. Russia has learned a lesson in Ukraine. And the money she’ll run out. It starts to fight against NATO,” says Mikolaj (Mykolas).

Some people try to think differently.

“I try not to follow the news, although doesn’t go anywhere,” says Mesukevians Sonata (Sonata Misiukevičienė), which came with friends to play bowling in the entertainment center in Marijampole.

“This is a lot of talk on TV and radio. But I know a lot of military and they didn’t look very worried,” — said in the same center Vytenis Dilis (Vytenis Dvylys), playing Billiards with his girlfriend Iridas Maslauskaite (Airida Matlauskaitė).

“No one knows what will happen next.” 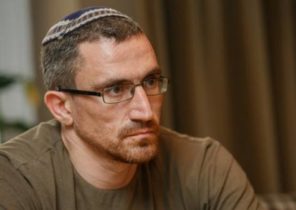