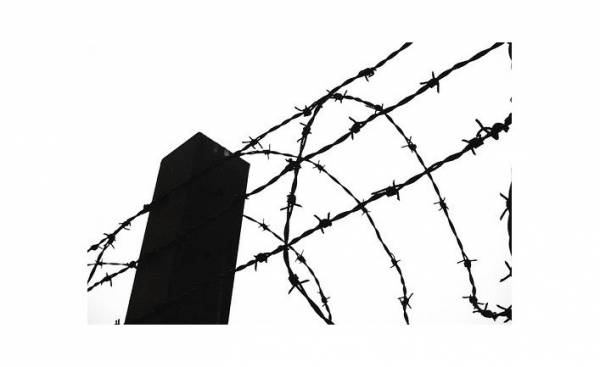 On Sunday evening, March 13, 1938, he was sentenced. Executions started.

View of the world at that time was confined to Central Europe, as German troops entered Austria, which was annexed to greater Germany.

At the same time in the Soviet Union at the prison in the city of Chelyabinsk in the southern Urals were shot 240 men and women. Those executed were Finns.

In 1995, I wrote two articles on the fate of the Finns in the Soviet Union for the newspaper Helsingin Sanomat. Together with journalist Eila Lahti-Arkutino (Eila Lahti-Argutina) we wrote on this topic a book Meillä ei kotia täällä (“Here we have no home”, publishing house Otava, 1997). Now picture these executions became more complete.

After the book Lahti-Argetina found in the archives of the new names, but death interrupted her work. I interviewed children shot, in Russia there was a book in a thousand pages about the shootings in the southern Urals. I counted how many Finns died in the years of the Great terror (1937-1938).

The massacre of March 13 was not the only one of its kind. For three days in the same location by security agents of the NKVD had executed at least 120 prisoners of the Finns.

Many of the shot that Sunday night were women, mothers. We must assume that the shot was more than 240. Not all names are known.

Hundreds of inmates-Finns were brought to Chelyabinsk by rail for two months before the shooting. The machine took them for interrogation by the NKVD and brought back to prison.

Many of the victims were residents of the Finnish settlement, located near the aluminum plant of the city of Kamensk. Men were deserters, who came from Finland with no documents and papers, many with their families.

Some of these Finns causing trouble. They worked fine, but grunted and kept in touch with Finland and Embassy of Finland in Moscow.

Many were asking to go home, but the Finnish authorities could not, and did not want to help them.

Finns at that time were shot not only in the Urals. The same thing happened in Karelia, Leningrad, Perm, Murmansk region and the Komi Republic.

1938 was the bloodiest year of Stalin’s repressions, especially scary was the winter and spring.

The head of the NKVD, Nikolai Yezhov, the previous fall, gave the instruction to arrest all defectors, including Finnish, in the Sverdlovsk and Chelyabinsk regions.

For the operation from Moscow was sent to the Commissioner. First, the deadline for the execution of the order was set for 15 March, but then the order came that the destruction of the Finnish espionage and sabotage groups must be continued also in April.

At the same time it is an indication of the NKVD on the simplification of the review process and reduce the prison population. Not enough seats, food and clothing. The reduction produced by executions.

The names are in overcrowded cells Chelyabinsk prison inmates shouting, calling them in for questioning.

They were kept in cells, where it was only possible to stand. They lied that they will be sent home. Young girls fraudulently using the sandwiches and tea were forced to sign the protocols.

On the head of one man was dripping water until it is more able to endure. A woman with heart disease was put in an ice bath. She died. Some eyes shone with bright light. Falling asleep during an interrogation was woken up with ice water. Some went crazy.

One of the Finns tried to strangle his tormentor.

The only one who said nothing and did not sign, was Veikko Huotari (Veikko Huotari) from Oulu. It three times tortured, tightening the rope around his neck.

The names and places of birth of the prisoner wrote as necessary, but each made out of paper and each took one.

The photos show how varied people: they horror you look older, thinner, pale, wrinkled and grizzled face of young people. Men grows a beard. No one is smiling.

In the end, all confessed. Anything.

Women who do not know Russian language, confessed that they are a Finnish spy.

Many admitted that derailed the train and disabling the engines, blew up the station and factories. One man said that Stalin killed.

Some came in order to “burn the forest” or “blow up the dam”. Someone froze the water in the water, another sprinkled the sand in the bearings.

Praised the Nazis in the queue for groceries scolded the Russian.

Plasterer Victor Alhonen (Alhonen Viktori) “made the failure of the works, filling degree 10 inches wider than required”. For this he was sentenced to death.

20-year-old Sally Lappalainen (Lappalainen Salli) from Kemi sloppy produced by welding, which led to downtime in the plant. Verdict: ten years of forced work camp in Karaganda and deportation to Siberia.

Veikko Ollikainen (Veikko Ollikainen) from Kotka came from Finland at the age of 12 years and “received espionage assignments”. He tried to escape to Finland, but he was caught in Karelia and was shot. His father was shot, my sister was sent to a forced labor camp.

The youngest inmate, Siiri hämäläinen (Hämäläinen Siiri), left Finland at the age of 12 years. She was required to recognition in the one who recruited her. At the age of 17 she was sent to the camp for ten years.

Other teenage girls also went to camp for the same period.

The girls crime was that they told on their parents and brothers. They were deceived, saying that parents were sent to the camp for 25 years without the right of correspondence.

In 1930, the age of criminal responsibility was lowered to 12 years, but still at that age were not shot.

Young Finnish children were sent to different orphanages. They changed the names and turned to the Russian. In the papers of some of them is written: distributed to the orphanage, and when they grow up, will help the state to settle the sparsely populated territory: Kazakhstan, Siberia, Karelia.

The judgment is given to district three. In addition, Moscow had a special deuce, which included Nikolai Yezhov and Prosecutor of the USSR Andrey Vyshinsky. They handed down verdicts to spies and saboteurs border States, including Finnish.

The courts were not. Deuce carried the death penalty accused of counterrevolutionary crimes, not seeing and not listening to the accused themselves.

The conveyor worked. Finns sentenced in Chelyabinsk on February 11, shot March 10, sentenced on 13 February, was shot on March 13. In addition, individual prisoners, and a separate group shot later in the spring.

Second Sunday group, it was 60 women.

The men shot first, in order then quietly to destroy women?

The treachery was arranged and the detention itself, at least in Kamensk. Men and boys gathered to the meeting were arrested and loaded into cars. Women and children were sent by another train. Upon arrival the camera was first placed men. Then the children were separated from their mothers, and women pushed into the camera.

The Finns, including women, have received harsh sentences. Russians, Ukrainians, poles and Germans are also in large quantity condemned in the southern Urals, but many of them were only sentenced to deportation to the camps, and women rarely received sentences.

A few pregnant Finnish women escaped a death sentence. Murto Ebba (Ebba Murto) from Kotka was saved when, during a bathing sentenced to be shot by the guards noticed that she was pregnant.

Murto was sentenced to deportation to the camp, but she lost her two children and husband.

The execution of hundreds of people in interior areas — considered in the cellars of the prison seems impossible. It would be easier to shoot on the edge of mass graves. It is known that the tomb served as a mine of Gold mountain. In the 1990’s, the miners found human remains.

When in the times of Nikita Khrushchev, the security service, the KGB began to study the “abuse” of the NKVD, it turned out that the Finns mocked in the office 509 on the third floor of the building of the Chelyabinsk Department of the NKVD.

Elongated of these admissions have not even tried to test or confirm.

Statistics of political repressions in the Soviet Union shows that during the “national operations”, that is, in the period of repressions of 1937-1938, the Finns were executed as a percentage the most. Of those Finns who were indicted by the court, were shot 89%, whereas the average percentage of executions among other nationalities is 73.6%.

Among the dead during the “great terror” of national minorities Finns are in sixth place (about 11 thousand by the spring of 1938).

More victims were only among the poles, Germans, Chinese, Latvians and Greeks. The number of arrested Finns are only 16.

To such a huge number of victims was not ready. From the correspondence of the NKVD, it appears that the local offices requested that they urgently sent more ammunition for revolvers.

Exploring the archives Eila Lahti-Argetina came to the same preliminary conclusion: the victims were approximately 845. She suggested that victims could be about a thousand. NKVD data indicate that in the southern Urals during one of this winter was eliminated 772 Finn.

Alexander Solzhenitsyn in his book “the GULAG Archipelago” was terrified that in December 1932 in Leningrad “Crosses” death sentence expected at the same time 265 people. He didn’t know that almost 400 people were waiting for him in 1938, in the Chelyabinsk prison — and they were all Finns.

In other places, too, mass executions. In September 1937, was designated as the beginning of the “Finnish operation”. Special Troika of the NKVD started to work in the same month — one day she sentenced 500 “Finnish spies”, and for five consecutive days the number was 1382 people. Of these, 1353 people received a death sentence.

President Vladimir Putin declared in his keynote speech at Valdai in September 2013, simultaneously with the scourging of Western values and moral decline of the West — that ethnic groups have always lived well under the protection of Russia:

“In Russia, which was trying at the time to hang the label of “prison of Nations” over the centuries have not disappeared, no one, even the smallest ethnic group. All of them have retained not only their internal autonomy and cultural identity, but also their historical space.”

Furthermore, Putin said that the culture and languages of national minorities were supported. “Much of what has been done in this sense before, we need to return and adopt”.

Maybe the President’s advisers should tell him about the fate of the Finns in Russia?