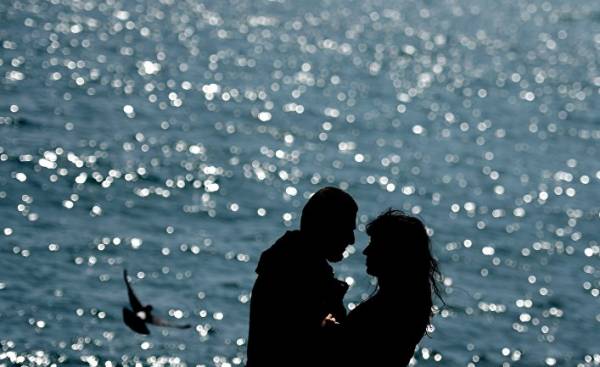 Three years ago, on 16 March 2014, the Crimean Peninsula was the so-called referendum on status of Crimea. With 83% turnout for the accession of Crimea to Russia voted 97% of the Crimean people. Neither Ukraine nor Western countries have not recognized the referendum results and called the annexation of Crimea illegal annexation. Returns whether Ukraine’s Crimean Peninsula? What is the situation of the Crimean people and in particular indigenous people — the Crimean Tatars? To these questions in the Studio of the Polish radio answer the historian and analyst of the Centre for Eastern studies Wojciech górecki, historian, political scientist and Deputy Director of the Centre for Polish-Russian dialogue and understanding łukasz Adamski, analyst, member of the Board of the world Congress of Crimean Tatars Nedim Useinov.

Wojciech górecki believes that at the moment, we should not expect the return of Crimea to Ukraine:

— In Kiev also understand that, although, of course, no one says it out loud. Within three years, Kyiv has not developed a specific strategy for the return of the Peninsula. This suggests that the return of the Crimea, of course, very desirable, but nobody believes that. Ukrainian politicians have decided to attend to more urgent matters, for example, in the reform. Kiev tries to be realistic, politicians understand that in the coming years, this is an unlikely scenario.

In turn, Lucas Adamski said that Kiev still has its own strategy in relation to the Crimea:

Recently, about a month ago, Ukraine has prepared two statements in the international court of justice. In them, she demands compensation from Russia for the illegal occupation of Crimea and part of Donbass, Recalling the Convention on the fight against terrorism. However, the developed strategy does not exist. Ukrainians look realistic — as long as Putin is in power in Russia, the return of the Crimea will not. They understand that Russia is a nuclear superpower, which is much stronger Ukraine. At the same time, I’m sure this question will always be on the agenda. The Kremlin understands that without settling the matter of Crimea is impossible to regulate relations with the West and the Ukraine. As soon as Russia will cease to rule Putin, this issue will be back. I am sure that those who will come after Putin will put the blame on him for the number of problems that will come back for the carefree and asreflecting foreign policy. On the one hand, Russia has received a piece of land, or rather, illegally occupied it, but it has spoiled its relations with the West. I will add that Ukraine has a real instrument of pressure. For example, blocked air travel between Russia and Ukraine. When in Russia in the future will power, Ukraine will be able to claim compensation. Yes, now Russia does not want to talk about it, but remember how she had to discuss the status of the Baltic States. Anyway, the current situation will sooner or later change.

Nedim Useinov recalled that some residents of the Crimea, namely the Crimean Tatars, did not recognize the annexation of the Peninsula Russia:

— The factor of the Crimean Tatars is often overlooked in discussions about the situation in the Crimea, and in vain. It should be remembered that the Crimean Tatars — is a sovereign nation, which has already proven its strength. For example, during Soviet times, Crimean Tatars have created a peaceful anti-Communist movement for democracy. They showed that there may be a unified political force with specific objectives. And they proved that you have to fight, after the exile in 1934, hosted by Stalin, almost all Crimean Tatars managed to return home. I want to emphasize that they began to feel themselves real owners of this land, they have something to lose. Thus the nation becomes civil power, dangerous for the Kremlin. Even if you observe the usual situation of the Crimean Tatars, are not involved in political activities, it becomes clear that the purpose of the Russian authorities is to suppress their civil position. This is manifested in different ways. First, the ban is the Mejlis — the representative body of the Crimean Tatars. Also paralyzed the work of other organizations which, in the opinion of the Kremlin are sympathetic to Ukraine. However, people are not holding back. Everyone is on the same level retains hope of returning to Ukraine.

Wojciech górecki added that, in his opinion, time is on Russia:

I would like to emphasize that the results of the pseudo-referendum on the status of Crimea was clearly falsified. Of course, the turnout was lower, especially when you consider that the Crimean Tatars then almost did not vote. However, one cannot deny that a large part of the population sincerely supported the annexation. Yes, two-thirds of the residents of Crimea are ethnic Russians, however, all is not so simple. For example, even before the annexation of most of the media in the Crimea were Russian-speaking, there were more Russian schools than the ethnic Russians. Cultural and civilizational Russification will be all the more intense. Soon to be completed projects in the field of infrastructure, I mean the bridge across the Kerch Strait. This will contribute to the integration of Crimea with the Russian Federation.

In the Studio of Polish radio was a historian and analyst of the Centre for Eastern studies Wojciech górecki, historian, political scientist and Deputy Director of the Centre for Polish-Russian dialogue and understanding łukasz Adamski, analyst, member of the Board of the world Congress of Crimean Tatars Nedim Useinov.