According to the American edition of the Inverse, at the beginning of this year, the company Hyperloop One (USA) has embarked on an ambitious project to unite the entire world through a network of high-speed pneumopistol like metro.

It is known that the organization intends to build three branches in five years, and even signed an agreement with the authorities of Dubai (UAE) for the establishment of such lines in the city.

In addition, the company has even published the concept of the world card 11 major transport routes, five of which, as the authors suggest innovation, will be held on the territory of Ukraine through Kiev, Dnieper river, Kryvyi Rih, Kharkiv, Odessa and other cities. Presented the vehicle can reach speeds of up to 1200 kilometers per hour, so to get anywhere in the world will become possible in a matter of hours.

For example, a trip from one end of Ukraine to the other will be approximately one hour.

However, transport expert Alexander Kava believes that talking about construction of high-speed elevated highway in Ukraine, despite the rumors, it is still too early. According to him, no official statement from the Corporation Hyperloop One that at least one of the five areas will pass through the territory of our country. 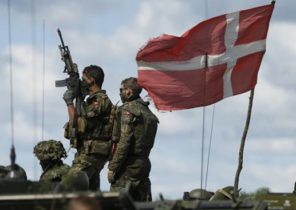