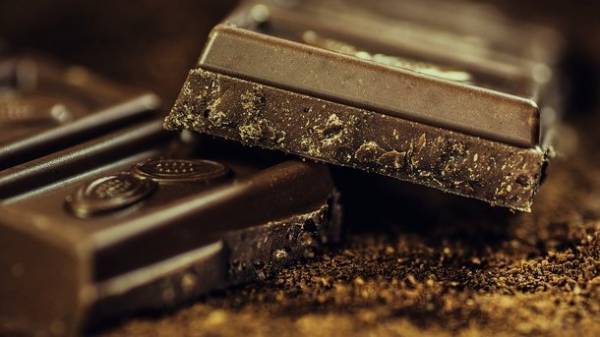 Chocolate addiction is a scientifically proven fact. A new study has shown that cravings can be overcome with the help of two psychological techniques. Awareness is the main key in the struggle with chocolate addiction. To eliminate obsessive thoughts about chocolate are available, using certain psychological techniques. This is the conclusion reached by the team of researchers led by Sophie Schumacher, an employee of the School of psychology of Flinders University (School of Psychology at Flinders University). A new study published in the journal “Appetite,” writes likar.info.

The experiment was based on the so-called theory of “invasion of desire”, where our initial thoughts about the desired object increase its images arising in the mind. It comes down to a two-step request, explains our cravings for food. First consider the time period of the “initial intrusion” phase, when the food attracts our attention. This is followed by a stage of “deliberate mental imagery” when we focusareas and try chocolate (when vivid images of thirst become permanent).

The researchers tried to find out whether mindfulness can help to deal with both parts of the process. For this purpose, they tested two groups of women: one of them were big fans of chocolate who want to reduce the amount of consumption and the other women without particular thrust to it. Volunteers were divided into two groups and asked to experience each of the techniques

Cognitive disorientation – a method designed for the solution of the first stage of thirst – when the thought of chocolate first appears in our head. The trick is to immediately distantsirovaniya.

Managed images belong to the second stage of the imagination. As soon as you begin to imagine the smell and taste of chocolate, you should replace it with other pictures. Imagine you are in the spring woods or on the beach.

For chocolate lovers it is easier to imagine than to realize. In the experiment, scientists measured women’s thoughts about chocolate: the obsession, the brightness of images, intensity and, ultimately, the amount eaten dessert.

They found that cognitive disorientation reduced the Intrusive thoughts associated with chocolate and the brightness of the images, and a craving for intensity for both groups of women. Interestingly, the technique of guided images worked just for passionate chocolate lovers.

Researchers believe these results are useful for those who are trying to deal with bad traction.

“If you will deal with the issue as soon as it arises in your mind – especially if you are not hungry, then deal with it will be much easier than to wait until these passions gain strength,” says Sophie Schumacher.

The head of the Research recommends to learn to fight the cravings with the help of switching attention, for example, walks in the fresh air or watching an interesting movie. After all, as scientists say, it is easier to rid of the addiction before it becomes.