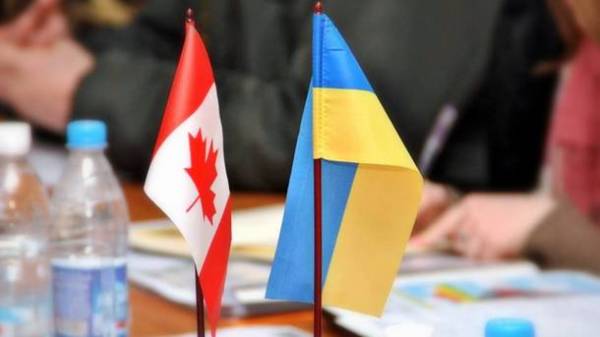 Canada completed ratification of the agreement establishing the free trade area (FTA) with Ukraine in the coming weeks. This was stated by Ambassador of Ukraine to Canada, Andriy Shevchenko, reports “European true”.

“There was only the last vote in the Senate and the signature of the Governor-General. According to our data, this will happen in the coming weeks.

No pitfalls no – agreement support the liberals and the conservatives, ” said the Ambassador.

Sales representative Ukraine Natalia Nikolskaya added that after signing the agreement, the canadian Governor-General and the President of Ukraine Petro Poroshenko, the parties will exchange agreements, and then for a month she comes into force.

“In the summer the agreement will work,” she added.

As reported, on March 14 , the Verkhovna Rada of Ukraine ratified the agreement on free trade between Ukraine and Canada.

As previously sayula Deputy Minister of economic development and trade – trade representative of Ukraine Nataliya Mykolska, Ukraine intends in the next five years to increase exports to Canada 10 times.