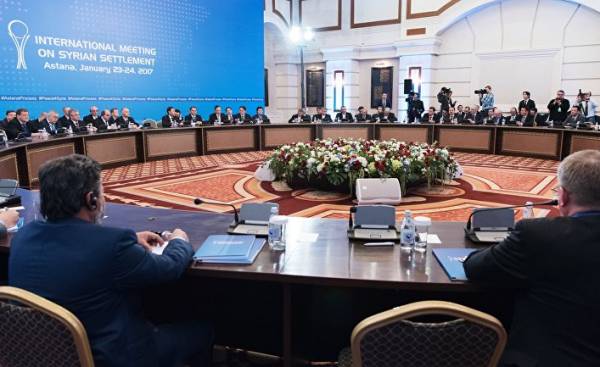 The U.S. and Russia announced a ceasefire in the South-West of Syria from July 9, 2017. If successful, this mode should be extended to the whole country. If we were talking about “civil” war, as claimed by the media, would have to agree the Syrian conflict under the supervision of the UN and not the two superpowers, after negotiation with Israel and Jordan. Of the contract should be:

— Creates a “zone of de-escalation” in the provinces of Deraa, Quneitra, and Suwayda. The area on the border with Syria, Israel and Jordan, by happy coincidence, is not under the control of neither the armed opposition nor the terrorists.

— Foreign fighters supported by Iran and Hezbollah should leave Israel occupied the Golan. In fact, the basic goals of the US protect Israel and deter Iran, and Jordan is interested in returning home, 650 thousand Syrian refugees.

— All troops must be on the territory under their control, which prevents the Syrian army to release the captured enemy areas, and the separation of the South of Syria, has become a fait accompli. This so-called “soft partition” of the Syrian state.

This blocks Iran access to Lebanon and, accordingly, deprives him of the opportunity to support the “Party of God” — “Hezbollah”.

— For the safety in this area respond to the Russian military, monitoring the actions which will be implemented by the Jordan. Subsequently, Russia in close coordination with the United States partially give control to Damascus and Ankara, Tehran, Riyadh, Riad and Doha. Let Israel declares that it does not trust the Russian and asks the United States to place its forces in the area, all of this does not smell very good.

Washington have achieved a truce with the terrorists “Islamic state” and “al-Qaeda” (banned in Russia by terrorist groups — approx. Ed.). But how? Not by chance does the White house unlawful relations with religious terrorism, like the CIA, who put in his time in the service of US interests circles behind Nazi Germany, which were fighting against the USSR?

— Can be thrown in the trash agreement on the ceasefire signed on 4 may in Astana Turkey, Iran and Russia, which foresaw the creation of four “areas of de-escalation” in Syria. Vladimir Putin is well aware that Turkish President Recep Tayyip Erdogan (Recep Tayyip Erdogan) plays multiple cards on the one hand, he promises to combat ISIL, on the other, supports this organization. Moscow failed to ensure the observance of the truce by armed opposition groups enjoying the protection of Turkey and Iran. In addition, it was obvious that if you don’t pass the main role in this party is Donald Trump, he can sabotage any negotiations on Syria. In fact, according to WikiLeaks, the United States provoked the war in Syria in 2011, though the soil prepared by the neoliberal dictatorship. This coincided with the appointment of Robert Ford (Robert Ford) Ambassador in Damascus. Ford came from Baghdad, where, together with the infamous U.S. Ambassador John Negroponte (John Negroponte) has been engaged in the formation of Shiite and Sunni “death squads”. This triggered a bloody religious war in Iraq, where until now killed about a hundred civilians. Ford has had the experience of forming such squads in Honduras, where he held the post of U.S. Ambassador in 1981-1985. The fear that he will realize his gangster plan in Egypt, led to the fact that in this country in 2013, Yandex launched a campaign against Robert Ford, and Barack Obama had to withdraw his appointment to the diplomatic mission of Washington in Cairo.

— Meanwhile, USA find a replacement for Bashar al-Assad to eliminate his allies and strengthen the opposition.

— Trump needs “its own war” against Iran, North Korea or other unexpected opponent. Therefore, he is interested in how to divert media attention from Syria and to bring him to another country from those that belong to the “axis of evil”, incite world public opinion against a new victim is chosen, depending on who wins in a dispute between the East and West wing of the White house. In the confusion intensified disagreements between Russia and Iran regarding the fate of Bashar al-Assad. Tehran is ready to take it, if we can agree on the provision of Alawite privileges in the new government, and Russia is trying to prevent the establishment in Syria of the Islamist regime, relying on the preservation of Syria as a secular state.

Is it possible the observance of the cease-fire?

The previous armistice in Syria, announced in September 2016, sabotaged US. Now it may also suffer the same fate. Interested in the war, the military, members of the government trump, Mike Pompeo (Mike Pompeo), G. R. McMaster (HR McMaster), James Mattis (James Matiis), embodied in the life of the so-called contrastantes doctrine based on the use of torture, abductions and methods of psychological warfare in Iraq and Afghanistan, can at any time accuse Assad in the use of non-existent weapons of mass destruction and to rekindle the flames of war.

While it is clear that this Treaty can reduce tensions in Syria, he certainly will not put an end to the armed clashes and does not put such problem. US and NATO deploy five military bases in Syria, according to Israeli newspaper Debka File, will maintain there low-intensity conflict. This will:

— to conduct operations in Syria against the “enemies” of Eurasia and the Middle East, which the US has already used in Afghanistan, Iraq and Libya, where conflicts have endured.

to continue the market expansion weapons in Syria. After all, war is a business.

It is also clear that the US does not have full control over the allies in Syria (they are not vassals). If their demands are not satisfied, they may cease to respect the ceasefire.

Iran, being the first US goal in the war against Syria, could strengthen its presence in Iraq, preventing them from Washington to use the results of their conquests and not giving him a chance to approach to Iran to the jihadists-Sunnis, trained in the US.

Implementation of the project “New American century”, launched after the collapse of the Soviet Union in 1991, continues. As a result, the previous procedure fails, and a “New middle East” that, according to military criminals Condoleezza rice (Condoleezza Rice), comparable to the “birth pangs”, that is, this affects tens of millions of people. This “new order”, in fact, is chaos, as predicted by Karl Marx, describing the mechanisms of the development of capitalism and its evolution.

Stop the US use of jihadists?

“Support for the Syrian rebels completed”, — said the head of the command of the special operations forces of the U.S. General Tony Thomas (Tony Thomas), not to mention that we are talking about the end of the mission, tens of thousands of mercenaries of the Pentagon, which had been abandoned in Syria through that country’s border with Turkey and Jordan. Now they will be sent to another location. These groups are particularly useful in weakening the firmly standing on the feet of an enemy state, clearing the way for NATO’s conquest of this strategically important or rich countries. Therefore, the United States will continue to use their services. These groups, established in 1978, started its activity with the overthrow of the progressive government of Afghanistan. Since then, the CIA sent them under different names and in different guises in Iraq, Yugoslavia, Libya, Sudan and then to Syria. Their next destination will be Central Asia, which poses a direct threat to Iran, Russia and China, and Southeast Asia, where they have already begun to commit terrorist acts in Indonesia and Malaysia.

Team cocky businessmen and military trump violates international treaties, has no moral principles and are ready to unleash war, which can be much more devastating conflicts taking place in recent years. Isn’t it the logic of militarized capitalism? 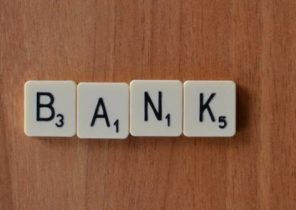 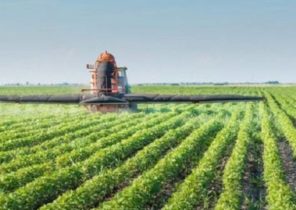