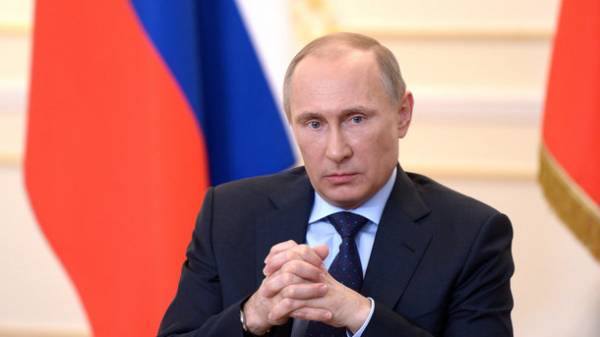 The position of the Russian side in the case against Ukraine to the International court of justice may indicate that the head of the Kremlin Vladimir Putin may go to confession in the death of “Boeing-777” flight MH17 over the Donbas in 2014. About it on the pages of Forbes writes chief scientist at the Hoover institution at Stanford and the German Institute for economic research Paul Roderick Gregory, reports ZN.ua.

The expert recalled that after Russia’s refusal to recognize the jurisdiction of the International criminal court in the Hague in the matter of the annexation of Crimea and invasion of Eastern Ukraine and to accept the decisions of the European court of human rights, the international court of justice remains the last resort, to which Moscow may listen.

“Russia, as a permanent member of the UN security Council, is obliged to recognize its sentences. And since the Downing of flight MH17 in the Donbas is a part of the claim of Ukraine against Russia, this case has become the only international chance to bring Moscow to responsibility”, – stated in the material.

The author draws attention to the position of the London lawyer Samuel Wordsworth, which protects the Russian side in the International court of justice, and recognizes that the delivery of the missile complex “somewhere” really led to the deaths of innocent people who were on Board MH17.

Wordsworth claims that the court was not provided with any evidence that Russia has deployed the missile system in the Donbass, and “with a clear intention to shoot down a civilian plane.” And therefore, in his opinion, the case did not fall under article of the Convention for the suppression of the financing of terrorism, which prohibits “any act aimed at the destruction or serious bodily harm, civil or any other person not taking an active part in armed conflict”.

“Whoever threw this system “Buk”, he acted in response to a series of air strikes by the Ukrainian army,” – said the lawyer of Russia.

Gregory pointed out that legal experts agree that “absence of intent” can be an argument. But the statement of defense also destroys the standard narrative of the Kremlin, claiming that Ukraine shot down the Malaysian airliner.

“I doubt that Moscow has allowed the London lawyer to build a defense. She decided, at least in this episode, where “intention” is the key to indirectly admit that she was sending missile system that shot down MH17. Russia is still denying that the Russian military launched a missile. But the evidence collected by Dutch investigative teams and by independent researchers Bellingcat undeniable,” writes the expert.

In his view Putin through two and a half years may decide to admit that a Russian missile brought down Malaysian “Boeing 777”, because it expects that “intention” in this court case against Russia is crucial.
The author emphasizes that the Russian leader can also understand what his statements about the absence of Russian troops in the Donbas and no one believes it can “to prepare for the exit from history about the destruction of MH17”.

“The world believes that Russia did it. An official investigation is completed. The evidence accumulated. But relatives of the victims are becoming angrier. May have a financial payment and an apology will play an important role in easing the sanctions,” the article says.

“On the other hand, the Russian President will need to consider how to react to the Russians to find out that they lied all the time. If Putin would agree to admit guilt in the destruction of MH17, it would mean that he is “very confident in his grip on the throat of their own people,” concludes Gregory.

We will remind, on March 6, the international court of justice located in the Hague began hearings on the case of Ukraine against Russia. 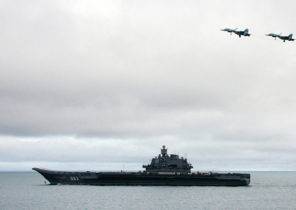 Russia planned to build supervisees (but faced with superproblems)