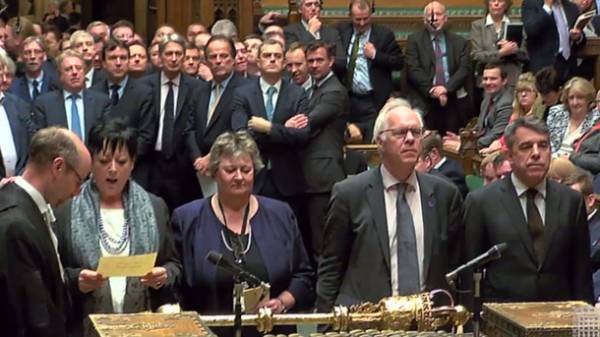 The British Parliament approved a bill which allows the UK government to begin the process Brexit. About this in his Twitter according to AFP news Agency, the TV channel “112 Ukraine”.

“British MPs approve the bill early British exit from the EU”, – stated in the message.

As you know, on March 13, the House of Commons discussed a bill that allows the government to initiate the procedure for the withdrawal of Britain from the EU, as amended by the house of lords amendments.

Earlier it was reported that according to British media reports, in the case of successful passage of the bill to start the procedure under article 50 of the Lisbon Treaty in Parliament, the Prime Minister of Britain Theresa may can start Brexit on Tuesday, March 14.

We will remind, EU leaders have scheduled a summit for the UK’s exit from the block for the first week of April, although the final date will depend on the British Prime Minister Theresa may.