Ukrainian commemorative coins from Nickel silver “Euromaidan” reached the final of the international competition “Best coin of the year” in the nomination “the Best artistic solution”. About it reports a press-service of the National Bank of Ukraine (NBU).

“The national Bank of Ukraine is grateful to the experts for the high appreciation of quality standards of coinage and artistic embodiment of ideas in the Ukrainian commemorative coins and welcomes the team of authors of the coin – painters and sculptors – with international recognition of their creative achievements,” – said the NBU. Commemorative coin “Euromaidan”, the NBU was dedicated to the protests that happened in Ukraine in November 2013 – February 2014 and was filled with the desire to change, napravleny European development of Ukraine.

The results of the contest held during the 46 th world’s fair of money (held 3-6 February 2017 Berlin, Germany).

In the final of this competition in 10 nominations got 100 coins issued in 2015, mints and national banks of the countries of the world.

The organizer of competition is influential in the numismatic world, the publication Krause Publication (USA). 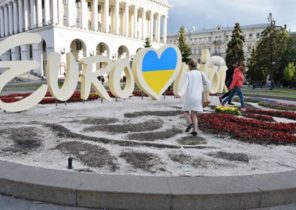