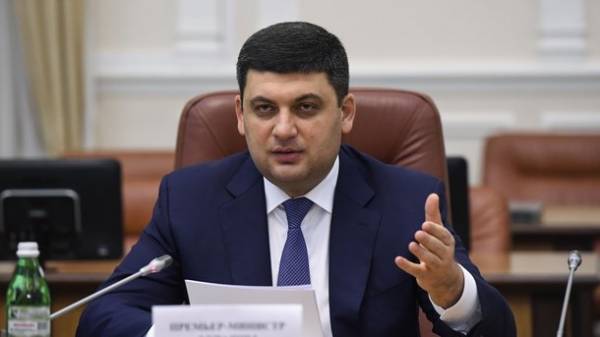 14-15 March, Prime Minister of Ukraine Volodymyr Groysman will be in Turkey on an official visit. About it reported in a press-service of the government.

On Tuesday in Ankara Groysman will meet with President of Turkey Recep Tayyip Erdogan, Prime Minister Binali Yildirim and the speaker of the Grand national Assembly of Turkey Ismail Kahraman.

After the meeting of heads of governments of Ukraine and Turkey is scheduled to sign bilateral documents.

March 15, Groisman will be in Istanbul, where he will familiarize with work of local Technopark, will participate in the Ukrainian-Turkish business forum and will meet with the Ukrainian and Crimean Tatar communities in Turkey.

As reported, on 10 February, Ukraine and Turkey have agreed on the entry of citizens on internal passports.