In Ukraine, most of the buildings built in the 60-70-ies. “Stalinka” can last 125-150 years old, brick and panel apartment buildings – 100 years, and “Khrushchev” is only 60 years old. The lifetime of the past have come to an end. The durability of the building was evaluated on the walls and Foundation. For example, a solid stone or concrete Foundation can stand for 150 years, and the brick wall is about 100 years, but subject to production and capital repair of other building elements – roofs, utility lines, Windows and doors. If, for example, in the basement of the “leaky” pipes” and the Foundation is constantly tempted, the lifetime of the house will be reduced.

In Ukraine, says the expert of the Institute of social and economic research, Vsevolod Nikolaev, to overhaul the residential sector one for a long time did not think. If nothing is done, the expert believes, after ten years, the owners of apartments in “Khrushchev” will be without a roof over your head. The website “Today” figured out how much more can serve the Ukrainian high-rise buildings and how to save their property.

“Khrushchev” built in 1957-85 years as temporary housing after 25 years the house had planned to carry, and instead to build a more “durable” properties. Such high-rise buildings in the Soviet Union was considered “social housing”, they were giving them away. The houses themselves were built in the style of functionalism (of the box without architectural frills). Gradually, the lifetime Khrushchev was extended to 60 years. Thus, buildings that were in the first phase of construction, it’s time to demolish the already in 2017. And if the house was never repaired, he had to go for demolition ten years ago.

All architects have developed six series of “Khrushchev”. They are all with low ceilings (of 2.55-2.6 meters) and with poor thermal and sound insulation. In addition, there are numerous modifications developed by different design institutes.

One of the first in Ukraine built “Khrushchev” series K-7. This is a prefabricated house with a relatively large kitchens, separate bathroom and bedrooms. As in other “Khrushchev”, in the houses of poor noise and heat insulation. Such flats time to endure. 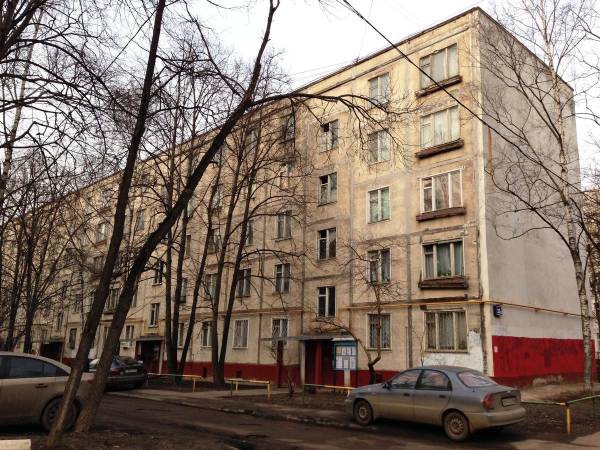 From 1956 to 1968 built “Khrushchev” series 1-335. This is one of the most unfortunate series of panel houses. These houses were built without lifts and refuse chutes, with clearance room and a combined toilet and bathroom. The term of operation will expire in 2016-2018. 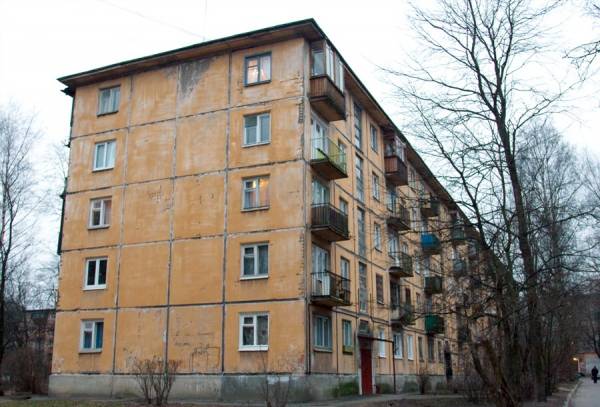 Itself common in the Soviet Union series 1-447. The life of such houses a bit more – ten years, experts believe they can stand. High-rise buildings were built of brick, a bathroom and the largest room in the apartment – walk-through. 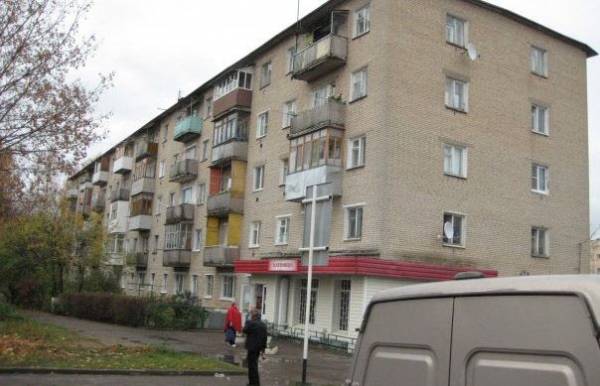 “About 80% of the buildings built before the 80-year. Periodically it was necessary to carry out the repair of communications, roofs, elevators and so on. But in Ukraine such repairs had taken place. We must now compensate for the old unfinished. After the war the entire Soviet Union was built on the destroyed territories, all forces were sent to two decades to rebuild the country. Nobody said anything about repairs. And now we are in a situation when everything is built has been able to overdue repairs,” says Vsevolod Nikolaev.

“We must now compensate for the old unfinished. After the war the entire Soviet Union was built on the destroyed territories, all forces were sent to two decades to rebuild the country. Nobody said anything about repairs. And now we are in a situation when everything is built has been able to overdue repairs,” says Vsevolod Nikolaev.

Almost every third high-rise building in Ukraine – one of the series of “Khrushchev”. But there are other building – pre-war and post-war “Stalinka”, high-rises, built in the late period of the USSR and new buildings. According to the expert, “Stalinka” is designed for 125-150 years, these homes can serve up to 2050-2100 years. 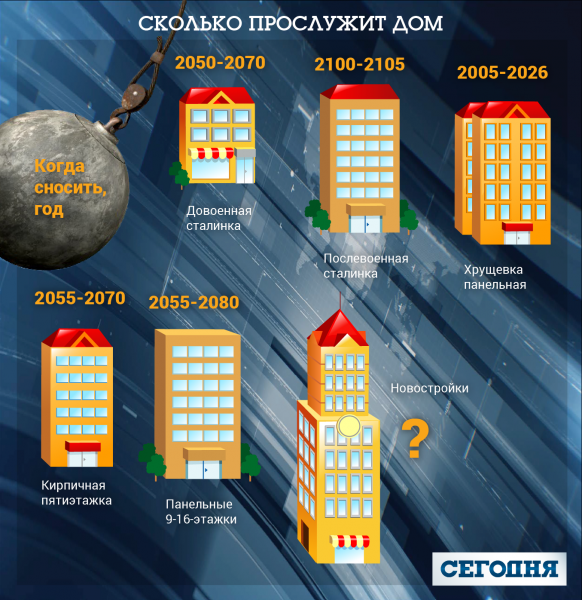 If with “Stalin” and “Khrushchev” you can predict the life, with new buildings all the more difficult. Developers do not advertise the technical documentation and very often saving on building materials. There are cases, says Vsevolod Nikolaev, the house is uninhabitable right after commissioning.

“When you buy an apartment in a new house, you don’t know what this house is made. Early was typical projects, which indicated what material and what quality used. Based on this, it was said, how long will last the house. Now it’s all proprietary information of the developer. Of course, in the pursuit of profit, the developer buys the cheapest materials – you get the lowest quality. The operating life of such houses is much lower”, – says the expert of the Institute of social and economic research.

“In Kiev can appear their slum area”

As specified in the Ministry of regional development, the technical conditions, current and capital repairs – the problem of the residents. After the privatization of more than 97% of apartments were in private ownership Ukrainians. Therefore the answer for home have their own. Moreover, even if the house was in disrepair, the state is not obliged to resettle the residents. Ukrainians who live in “Khrushchev”, in ten years, the risk of being on the street.
“I think if you have a property and you have no means to contain it, then you need to give shelter to state ownership. Then at public or municipal expense it will be repaired. People will live another 10 years, these “Khrushchev” and will be on the street,” says Vsevolod Nikolaev.

Now, according to experts, the city authorities should conduct a survey of houses and in each specific situation to take an individual decision. Not all the houses in which the documents have to demolish uninhabitable.

“Each house – a problem of its owners. And these owners can never agree to chip in for inspection, then the design, then ask for city funding. It is organizationally very difficult. In my opinion, the city should monitor the situation with housing stock. And then it needs with residents to decide on their participation. I’m working with a New Kokhivka work plans. The city is built in three years, 60 years ago. Now they have the whole housing stock has come to a critical situation”, – says Vsevolod Nikolaev.

Chairman of the Board of Directors of the Association asset protection Alexander Situo sure: the situation in the housing stock will worsen in 2020. The expert also notes, the most attractive from the investment point of view remain “Stalinka.”

“New buildings in many cases do not meet the criteria and their lifetime is difficult to predict. For example, energy efficiency is only one of novastrike standards. Ironically, the popularity as an investment destination, as before enjoy accommodation of the Stalinist period. It is home to a small number of apartments. They are not equipped with elevators, operating costs are not as high as in prefabricated high-rise buildings”, – says Alexander Stiho.

According to the expert, there is a strong possibility “of the appearance of slum areas, which consist of abandoned housing, where people live with low income.” Before you change the accommodation, the expert advises to weigh all the “pros” and “cons” – the location of the building, its technical condition, transportation and so on.

How to save real estate

The approximate cost of the full thermo Khrushchev (e.g., 4 entrance, 5 floors, 100 apartments) can cost more than 13 million UAH (taking into account the modernization of engineering systems, replacement of pipes, etc.). If we are talking only about thermal insulation of walls, ceilings, replacement of Windows at entrances, installing, ETC, the cost can be four to five million.

In Kiev, the expert said, the money for upgrades can be obtained in the framework of the city program 70/30. “There is such a tool as Energoservis – when the inhabitants of the house attract investors, a comprehensive contractor in the person of the energy service company (ESCO), which conducts an energy audit, and performs all work on the energy efficient renovation of the building, sets of modern equipment with automatic climate control and is investing their money. ESKO returns your investment through the achieved energy savings. And tenants receive updated home with increased comfort and an extended service life. For example, DTEK ESCO plans in 2017 to invest UAH 7 million in energy modernization of heat supply systems of several houses in Kiev”, – says the expert.

However, 70/30 program, or “warm loans”, nor energy alone are not a panacea for the thermo. In each case, can be used the combination of these tools. For example, the energy is better suited for activities such as balancing of the power system of the building and the installation of ITP. Better insulation to make programs at the expense of 70/30, the replacement of Windows at the expense of the tenants or “warm loans.”

Roman Fedorchenko also considers if the design of the building without damage – it is better to comprehensively modernize. To construct a new building with similar parameters – you will need 3-4 times more money. “But in any case, we recommend you to have a certificate of inspection of structures as foundations, walls, ceilings for possible increase of load on them. This will protect the owner and the contractor. You need to think not only about “Khrushchev”, but buildings of all other types, including those that have been built over the last 20 years. Energoremont need to carry out on time, and before the building will decline. Otherwise “brought up to handle” building investing no one would be interested,” – says the expert.