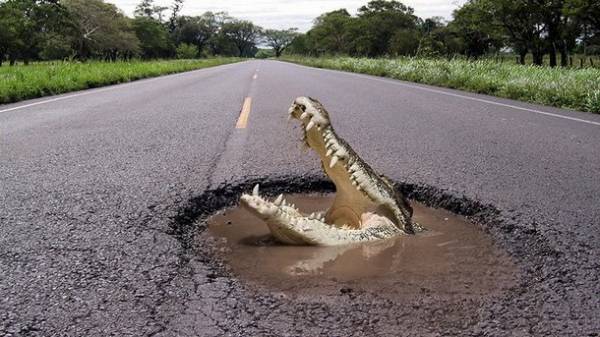 Ukrainian roads are worn by 97%

In Ukraine, the repair is less than 1% of the roads per year. The pace, the country will need 100 to be repaired all the roads

To repair roads, Ukraine needs 10 years and $ 1 trillion hryvnia – about how much is a Google

To build one kilometer of road in Ukraine is for 4.25 million dollars. In Europe – 10 million USD

100-120 billion will lose the Ukrainian economy in 2016-2017 due to fuel consumption, speed reduction on roads, the need to repair the vehicles and accidents

Total area of the holes on highways 18 km square is as square of the city Zhmerynka in Vinnytsia region.

In Ukraine from 17 thousand thousand bridges 9 are in emergency condition, 4 million require immediate repair. In 2017 will be repaired only 80

The length of Ukrainian public roads 169,6 tis. km – they are four times you can cover the equator of the Earth