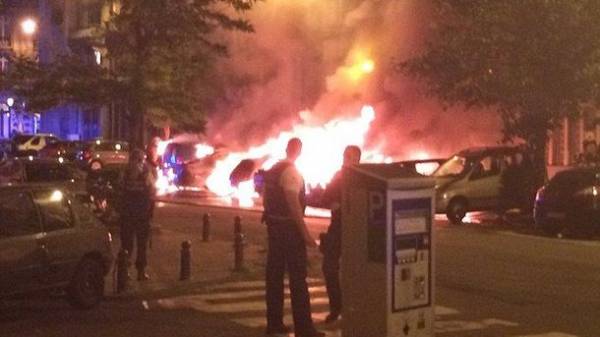 The media published the texts of Audioslave militants Laarabi Najm and Ibrahim al-Basrawi, which is staged in March 2016, the terrorist attacks at the airport Brussels Zaventem. In particular, published edition of De Standaard and Het Nieuwsblad – RBC.

Files found on the computer of one of the terrorists that law enforcement officers found on the street in a garbage can in the course of a RAID in the Brussels commune of Schaerbeek after the attack.

Provided that the last message was sent by militants the day before the bombings, March 21, the “Emir” in the Syrian Raqqa. It fighters talk about what they have tomorrow are going to carry out his plan. “We have more than 100 kg Tatras (acetone peroxide – the explosive), which we will use tomorrow. Our goals are to the airport and subway”, – quotes the text of Audioslave edition.

The place in which they were planning to carry out attacks, the militants had explained his desire “to hit flights in the United States, Russia and Israel,” information on the flight which on the morning of 22 March, they “gave brother.”

According to another publication, the messages were sent Laarabi under the name Abu Ahmed. The day before the attack he also talked about the rush plan. “The situation is such that we cannot postpone any longer”, he said, noting that they “must act as quickly as possible.”

In the same audio al-Basrawi, according to the newspaper, have reported that they are afraid to be arrested at any moment. “We would like to do more, but it is the will of Allah. We must act now or we will forever rot in the cell,” he said.

In addition, the notebook was found the audiotape “to the Belgian government.” “You will try to count their dead, despite the millions that you invested to strengthen security and despite the large number of investigators who are engaged in business (about the attacks) in Paris,” – said the militants.

Their attacks they called “a direct result of foreign policy” of power “towards Muslim countries.”

As you know, two explosions in the airport of Brussels Zaventem occurred on the morning of March 22, 2016. Explosive devices then worked in the reception area. Two hours later, another attack took place in the Brussels metro, in the district stations Maelbeek and Schuman. Victims of attacks are at least 26 people, another 136 injured. We will remind, earlier it was reported that in Brussels have detained 7 people for questioning after a series of raids in anti-terror investigations.