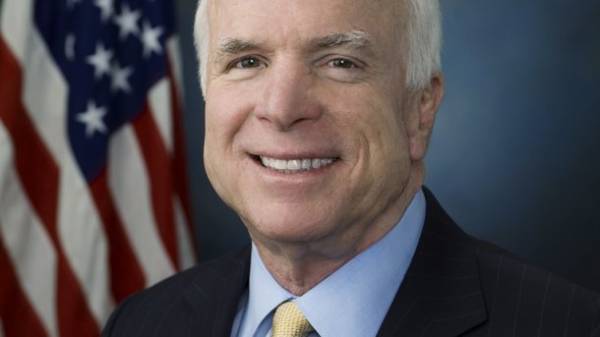 American Republican Senator John McCain expressed approval in connection with the arrest of the dismissed head of the state fiscal service of Ukraine Roman Nasirov. It is reported RIA Novosti citing a statement by Republican.

“The arrest on charges of theft of Roman Nasirov, the chief tax specialist of Ukraine and Director of the state fiscal service is a positive step forward for the Ukrainian government in the fight against corruption,” the Senator said.
In his opinion, the arrest Nasirova – the example of successful anti-corruption Bureau of Ukraine.

“Stability and success of Ukraine in the long term depends on its commitment to reforms, including strengthening the rule of law and fight against corruption. I welcome the progress the government of Ukraine and encourage it to continue anti-corruption efforts,” said McCain.

We will remind, on March 7 Solomensky district court of Kiev chose Nasirova measure in the form of arrest for 60 days with the alternative of a bail of 100 million hryvnia.

Nasirova charged with abuse of power or official position. This is due to the decisions of the head of the SFS on the installment plan of tax debts of enterprises related to people’s Deputy Oleksandr Onishchenko.