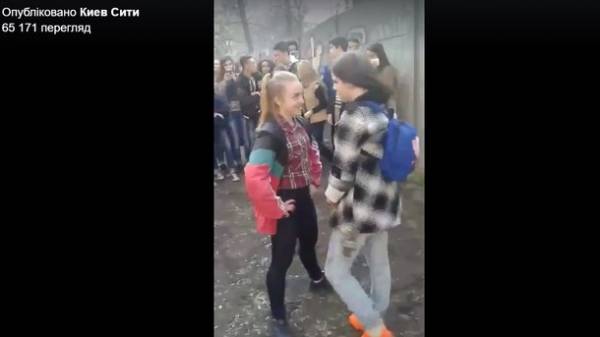 Social networks blew up a video in which teenage girls brutally beat the two girls in the center of Chernigov. The incident is being watched by a crowd of peers. Viewers film mobile phone, make noise, swear and incite the attackers.

Two videos in Facebook published the mother of a 15-year-old Pauline, three girls beaten in the first video. The video lasts five minutes. All this time the attackers beat 15-year-old Pauline fists to the head and body, slap on the face, pulled by the hair, knocked a victim to the ground and kicked. For a girl no one stands up. Only in the end of the video a few guys run in and separate the aggressive adolescents.

On the record some girls, like teenagers with a first video, was surrounded by his peers. The victim pushed, also beat his fists on the body and face. Masha (so call the crowd a girl in a Burgundy plaid shirt) takes the girl by the hair and stabs her with a knee to the face.

Media reported that the incident occurred on Sunday, April 2, in the city center. The mother of one of the injured girls, who had posted a video, Valentine Maloshtan briefly told reporters “High Shaft” about the incident.

According to the woman, her daughter Pauline (where bullied in the first video) is studying in school № 34 in the 8th grade. On this day, she went to volleyball practice with my friend Julia.

In the area of “Simpatico” they ran over a girl and demanded to give mobile phone. Julia said that she has no phone, Polina confirmed it. According to the girls, this was the reason for the beating.

Pauline’s mother claims that one of the attackers girls dealing.

“One of the girls (social networks it is called Maria Mironova. – Ed.) as we found out, dealing. The beating took place in the city centre, behind the supermarket “Simpatico”. I posted this video in Facebook to these girls and what they were doing, saw the whole country”, – says the woman.

Abuse of girls was stopped by one of the residents of the flats, which threatened the bullies to call the police.

Now Polina Maloshtan is in the regional children’s hospital. She has a concussion and other injuries. In particular, the girl complains of pain in the jaw.

As told “Today” the press service of the police of Chernihiv region, law enforcement authorities opened criminal proceedings on the fact of hooliganism. The police say that for the crime of even minor participants in the conflict could face up to 4 years of imprisonment. However, the fate of the suspects, the court will decide.

“Open criminal proceedings under part 2 of article 296 of the Criminal code of Ukraine – hooliganism committed by a group of people. All participants of this event are established, interrogated in the presence of parents and teachers. Materials from the social networks attached to the criminal proceedings. The investigation is being conducted”, – said the head of the press service of the police in Chernihiv region Sergey Bryl.

Social media users have already named the three girls, who are suspected in the beating of students in Chernigov. In social networks claim that the most active “heroine” video’s name is Maria Mironova, the other two – Nastya Small and Yevgeny Mironov. 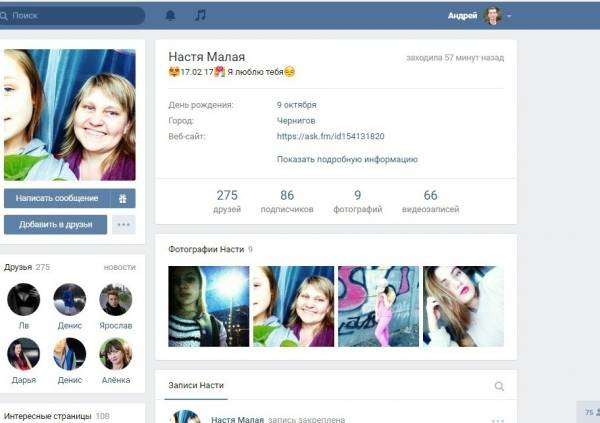 How do I know the website “Today” from its own sources, the first two girls are studying in 32 and 29 school of Chernihiv, and 19-year-old Yevgeny Mironov is a student of the pedagogical University.